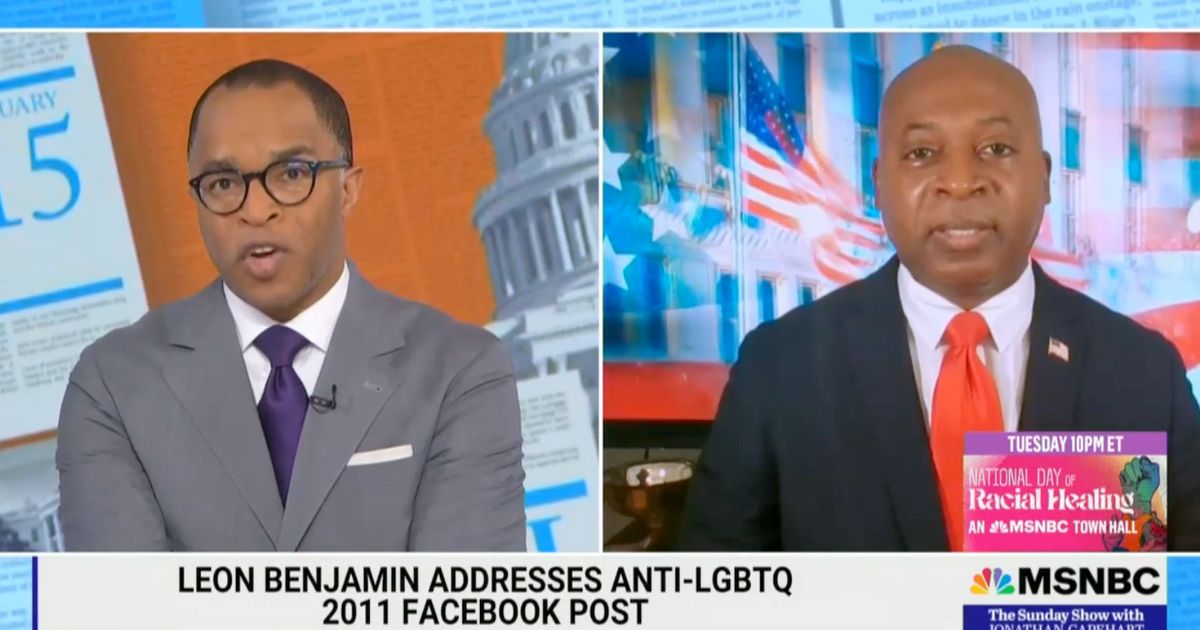 MSNBC host Jonathan Capehart questioned Republican House candidate Leon Benjamin over a homophobic Facebook post toward the end of an interview on Sunday (You can watch Capehart’s interview with Benjamin below).

Capehart went after the GOP candidate and pastor who hopes win a special election in February and fill a seat vacated by late Rep. Donald McEachin (D-Va.), who died in November.

Benjamin’s response later elicited a surprised look from the host.

“I think you’re looking at it in a different way,” Benjamin said.

He added: “I think the LGBTQ are all facing high gas prices. I don’t think we should marginalize one group of people and use it for political gain. I think that the LGBTQ and the homosexuals are dealing with high gas prices, inflation, the high crime, the education. I think all of us are dealing with issues, and we shouldn’t marginalize them, and I think my compassion really shows strong enough…”

Capehart fired back at Benjamin with a remark about his own identity.

“As an out, gay, married man, I have a hard time finding compassion in that 2011 post,” Capehart told Benjamin before the candidate claimed he “wouldn’t marginalize” him.