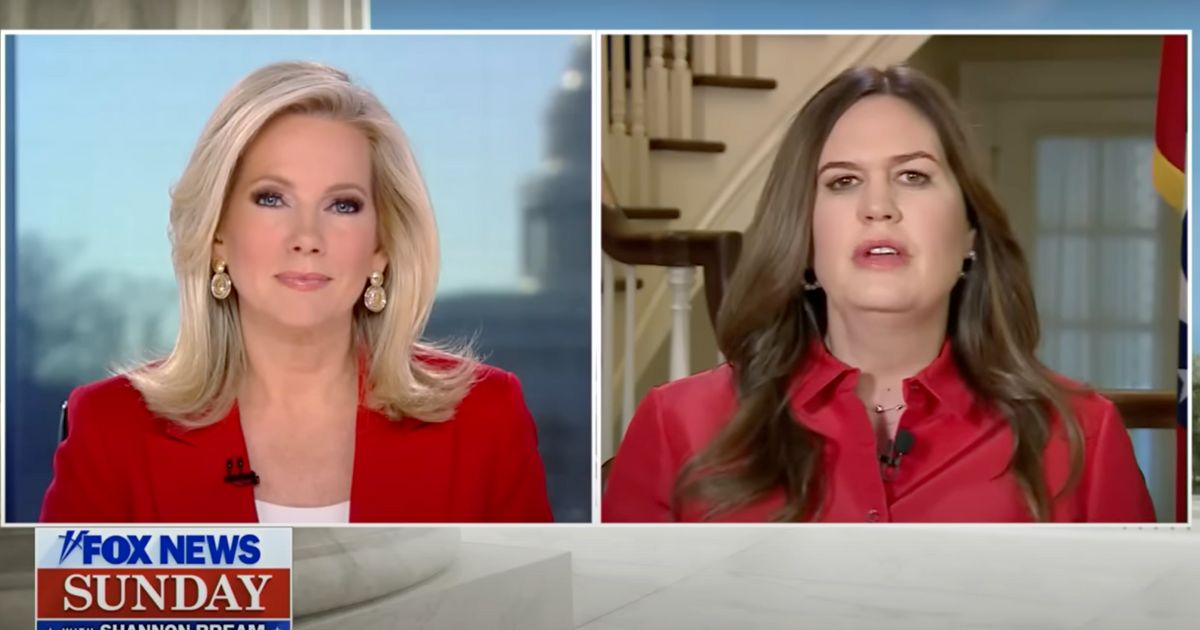 Arkansas Gov. Sarah Huckabee Sanders (R) appears to be keeping her options open ahead of the 2024 presidential race.

“My focus right now has been on 2022, winning the election in November, preparing through transition and getting ready to take office as I did this past week,” Sanders said after host Shannon Bream asked if she would endorse Trump. “I love the president. I have a great relationship with him. I know our country will be infinitely better off if he was in office right now instead of Joe Biden. But right now my focus isn’t 2024.”

Asked again when she might make a decision about her endorsement, Sanders sidestepped a second time.

“My focus isn’t on 2024,” Sanders said. “It’s on what we can deliver in this legislative session. I’m not going to set an arbitrary timeline. I’m not really focused on that at all, but focused on what we can do to impact change and deliver on the promises that we made during the campaign season here in Arkansas.”

After Sanders was sworn in, becoming the first woman to lead Arkansas, Trump congratulated her on his social media platform, saying she was a “fantastic person and will be a truly incredible Governor.”