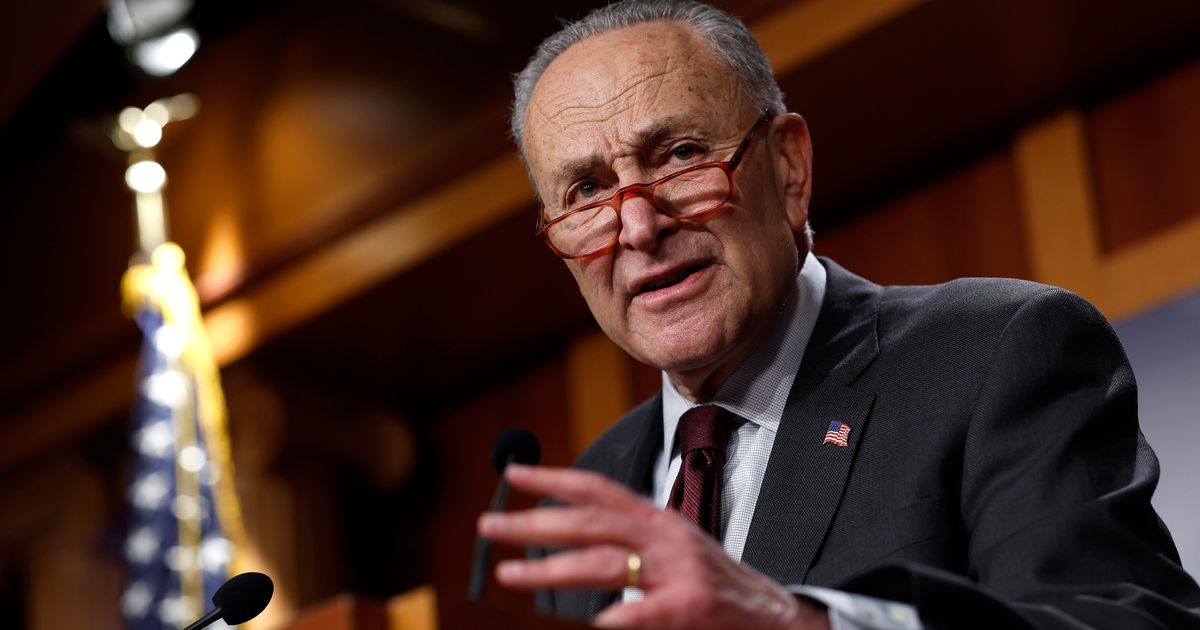 Biden tapped Phillip Washington, the current CEO of Denver International Airport, to lead the transportation agency in July but he has yet to receive a confirmation hearing in the Senate. The FAA has not had a permanent leader since March when Stephen Dickson, the former administrator appointed by Donald Trump, left halfway through his five-year term.

The president resubmitted Washington as his choice earlier this month.

“It’s time to clear the runway for President Biden’s choice for FAA Administrator, Phil Washington,” Schumer said during a press conference on Sunday. “With recent events, including airline troubles and last week’s tech problem, this agency needs a leader confirmed by the Senate immediately.”

The majority leader went on to say he intended to break a “logjam” and allow Washington to “detail his experience and answer questions” before lawmakers. If Washington is ultimately confirmed, he would be the first permanent Black administrator of the FAA.

Republicans have criticized the choice, saying Washington lacks experience while also raising concerns about a criminal search last September that named him. The warrant is linked to an investigation into the Los Angeles Metropolitan Transit Authority and how it awarded contracts while Washington was the body’s CEO. There have been no formal claims of wrongdoing.