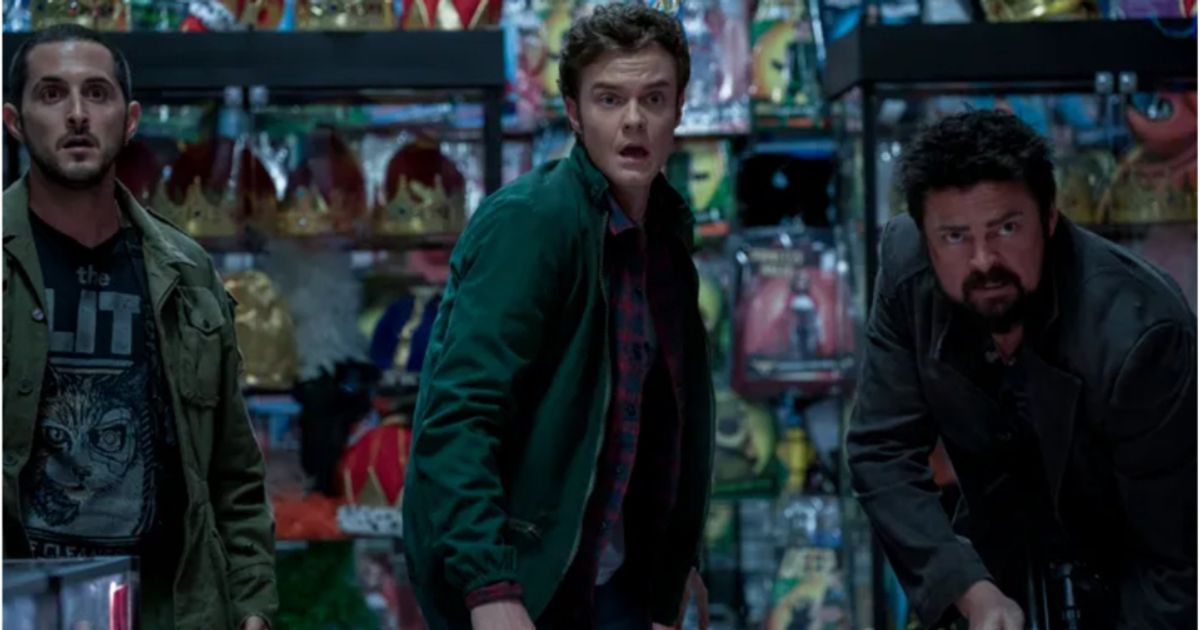 From an exploding penis to freakish sex with marine animals to a superpowered baby with laser eyes, Prime Video’s “The Boys” is known to deliver all the insanely gory goods.

While the R-rated edgy superhero show is currently in production for its Season 4, “The Boys” VFX supervisor and associate producer, Stephan Fleet, hinted to fans on Twitter about just how outlandish things will get in the upcoming season.

“I think I just saw the most disgusting thing I have seen working in this business thus far,” Fleet tweeted on Thursday.

I think I just saw the most disgusting thing I have seen working in this business thus far. #TheBoystv

The official “The Boys” Twitter account quickly swooped in to deliver a shot of perfectly timed sarcasm, joking that Season 4 would be rated “PG” unlike the show’s past seasons, which all boast TV-MA age ratings.

First premiering in 2019, the gruesomely violent series is based on the comic books of the same name written by Garth Ennis and Darick Robertson.

The untamed series is set in an irreverent world where superheroes are “often as popular as celebrities, as influential as politicians, and sometimes even as revered as gods,” according to the show’s synopsis.

The superhero satire examines what happens when they stop using their powers for good and the catastrophic results that ensue.

Discussing the spinoff’s creation, “The Boys” showrunner Eric Kripke told Entertainment Weekly last January: “We got really interested in, ‘Wouldn’t it be great if we could take superheroes and make one of the most realistic college shows that’s ever been made?’ ’Cause they’re not made very often.”

No release date has been announced yet for Season 4 of “The Boys.”