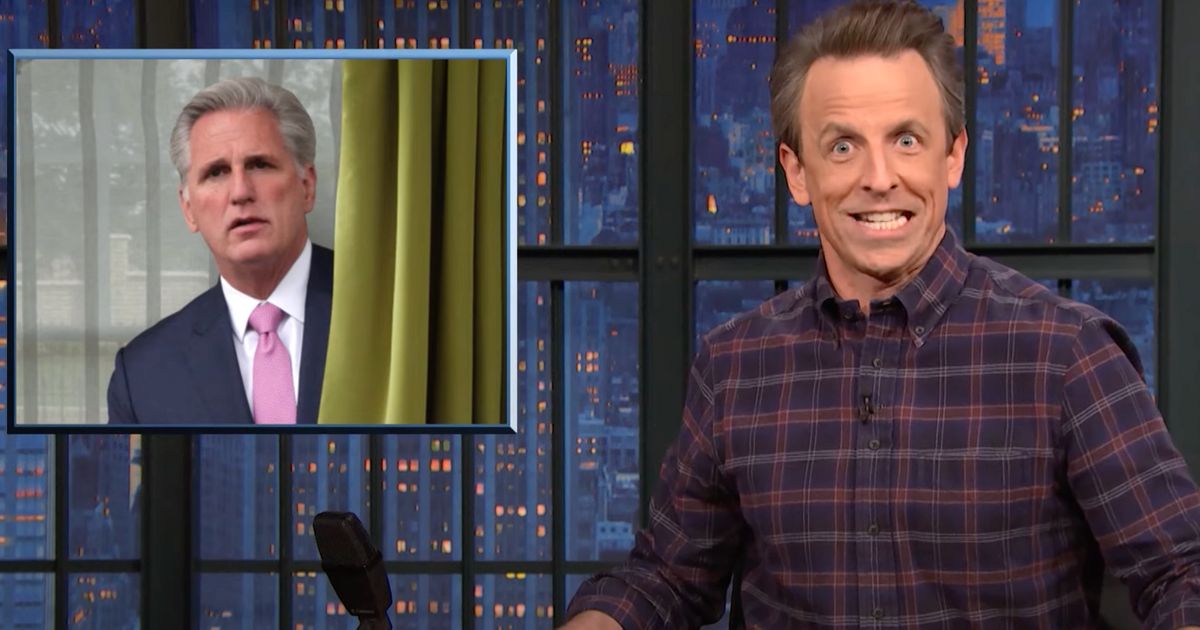 The “Late Night” host noted that, going into the November midterms, Kevin McCarthy and his fellow Republicans had hyped a landslide victory for the party that would give them a large majority in the House. That didn’t happen, and, with only a narrow majority and a bloc of dissenters in his own party, McCarthy was forced to make concessions and endure 15 rounds of voting before he was able to assume the speakership.

“For at least a year, leading up to the midterms, McCarthy was incredibly cocky about it, even giving us specific numbers for how many seats Republicans could win,” Meyers said.

In one clip from April last year, McCarthy was asked on Fox News if perhaps Republicans were a little “overconfident this year.” McCarthy said they weren’t.

“There’s going to be a historic red wave or my name is not Klevin McCorthy,” Meyers quipped. “It’s never a good sign when someone says they’re not being overconfident. If a character says that in the movie, he’s about 10 minutes away from getting eaten by a T. Rex.”

Watch below on “Late Night.”