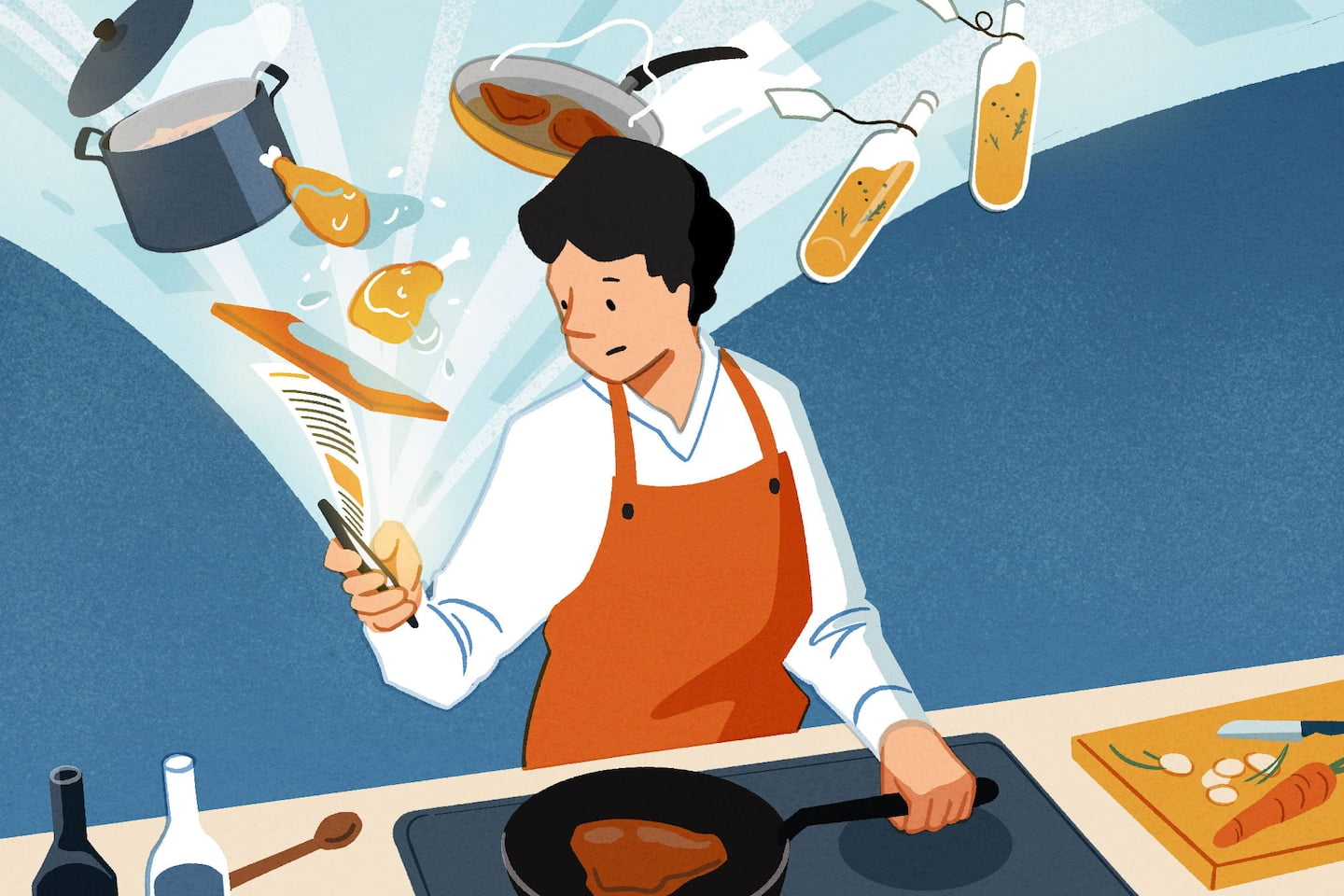 With access to sources including cookbooks and blogs, TikTok and TV, we live amid a virtual smorgasbord of food inspiration. But you can’t always be certain that amateurs on the internet — or even experienced chefs — are covering their food safety bases. Ill-conceived shortcuts and outdated practices can lead to real illnesses — especially if they go, well, viral.

“People have been taught a certain way, or they just aren’t aware of certain safety risks, and then they start to post on social media, which goes to many other people,” said Meredith Carothers, a U.S. Department of Agriculture food safety expert.

Millions of people suffer foodborne illnesses annually in the United States. Carothers said it’s often difficult to connect each case to a precise cause; the best prevention is following practices proved to keep disease-causing microbes at bay.

So, whether 2023 finds you diving spoon-first into the latest kitchen trend or simply eyeing an easy chicken dish on a food blog, here are some phrases — and some omissions — that should give you pause.

Your food scraps deserve another shot. Here’s how to use peels, stems and more in your cooking.

Cooking chicken to an internal temperature of 165 degrees Fahrenheit, which you can confirm by sticking a food thermometer into the thickest part, kills illness-causing germs such as salmonella. Rinsing raw chicken, on the other hand, can spread them.

“There’s nothing that you can do to remove any of the harmful bacteria,” said Ben Chapman, who directs a food safety research program at North Carolina State University. “You’re only increasing risk by depositing it in your sink or around your sink.”

Carothers said the practice often moves, alongside treasured recipes, from generation to generation. It may be a vestige of a time when chickens arrived in homes dirtier, possibly with some feathers.

If you’re committed to rinsing chicken, Carothers advises cleaning and sanitizing your sink afterward (otherwise you risk contamination when you then, say, rinse an apple or wash a dish). But, she said, the USDA has found that most people either don’t clean the sink well enough to eliminate bacteria or don’t clean it at all.

When a recipe says “pat dry,” it’s not assuming you rinsed the chicken but suggesting you remove surface moisture so seasonings stick and the chicken browns nicely.

While we’re here: Rinsing any raw meat or seafood also can spread bacteria.

‘Cool to room temperature, then refrigerate’

When you’re finished with a hot dish, such as a stew, the food safety priority is keeping it hot or cooling it fast.

Disease-causing bacteria readily grow in what experts call the “danger zone,” between 40 and 140 degrees. But a type of bacteria that causes a common foodborne illness grows especially fast between 80 and 120 degrees, said Don Schaffner, a Rutgers University food microbiologist. This bacteria, often implicated when large, poorly cooled batches of food make people sick, typically survives the high heat of cooking as thick-walled, inactive spores, then transforms to regular, multiplying bacterial cells as the food drops into the danger zone.

“The more that you can do to get it out of that upper end of the danger zone as quickly as possible, the better,” Schaffner said.

So there’s no need to let food cool before refrigerating it. But quickly covering your pot and sticking it in the fridge isn’t ideal either; that traps heat, especially in deep dishes and dense foods.

To promote cooling, you can transfer food to shallow containers and then, ideally, leave the food uncovered in the fridge (covering once cooled). Assuming the food isn’t under raw meat, Schaffner said, the odds of contamination from an open dish in the fridge are less than the odds of disease-causing bacteria thriving in too-warm food. He also said leaving a pot out while you eat your meal is usually fine — it’s what he does at his house.

‘Cook until no pink remains’

“The only way to know whether something is cooked to a safe doneness is to use a thermometer,” Chapman said, noting that clear juices, browning and texture aren’t sufficient indicators. “If anybody is telling you in a recipe that there’s some other proxy for doneness, it’s not based on any science.”

For example, to kill pathogens such as E. coli, hamburger patties need to reach an internal temperature of 160 degrees; but a burger can lose its “pink” below that temperature.

That pink color comes from myoglobin, an oxygen-storing protein that can make raw beef appear purplish, red or brown (the liquid you see in packaged meat is myoglobin dissolved in water). Myoglobin typically denatures and browns in the vicinity of a food-safe temperature, but many factors — from the animal’s life experiences to whether you’ve frozen or salted the meat — can lead to an undercooked burger that looks thoroughly brown, or an overcooked burger that still has some pink.

Chapman noted that burgers are much riskier than steak if undercooked.

“I can cook a steak to a fairly rare level and know I’m reducing contamination,” he said. “I’m getting the outside really, really hot and I don’t expect there are pathogens inside.”

Conversely, he said, in a ground-beef patty, “I’m mixing it all up and now the outside becomes the inside,” so pathogens may not be killed if the patty is left rare. Tenderized and brine-injected cuts of meat also may harbor bacteria beneath the surface. So if you love rare meat, it’s a matter of weighing the risk.

It is possible to make a shelf-stable garlic or herb oil infusion at home, it’s just more involved than many people — possibly well-meaning social media posters suggesting an “easy DIY gift” — might assume.

by-step recipe … you can make someone really, really sick or even kill someone,” said Carla Schwan, the director of the National Center for Home Food Preservation. Because oil and garlic are stored at room temperature, people might wrongly believe that they can be mixed and stashed in a cabinet.

Spores of the bacteria that cause botulism are common and easily land on foods such as garlic and herbs, where we eat them without consequence. But under specific circumstances, such as the low-acid, room-temperature, anaerobic environment inside a bottle of oil, the spores can, over time, germinate into regular bacterial cells and produce toxins.

The right balance of acid prevents the spores from germinating. After a number of inquiries about oil infusions, Schwan recently posted a recipe.

Botulism is serious, but, fortunately, it’s also rare. Commercially jarred garlic products must comply with strict guidelines designed to prevent bacterial growth. And yes, pestos, stir fries and other dishes with garlic and oil are fine, as long as you keep them refrigerated and use them within a reasonable period (the USDA recommends four days for leftovers).

Sprouting onions and scarred tomatoes: How to tell whether fading produce is still safe to eat

What the recipe doesn’t say

Most recipes don’t list “wash your hands” as the first step, but researchers have found that when recipes do include food safety steps, people are more likely to take precautions. For food writers out there, the Partnership for Food Safety Education offers a “safe recipe style guide.” Food safety folks like to see notes like these:

Rachael Jackson is a D.C.-based writer and the founder of EatOrToss.com. Reach her at rachael@eatortoss.com.