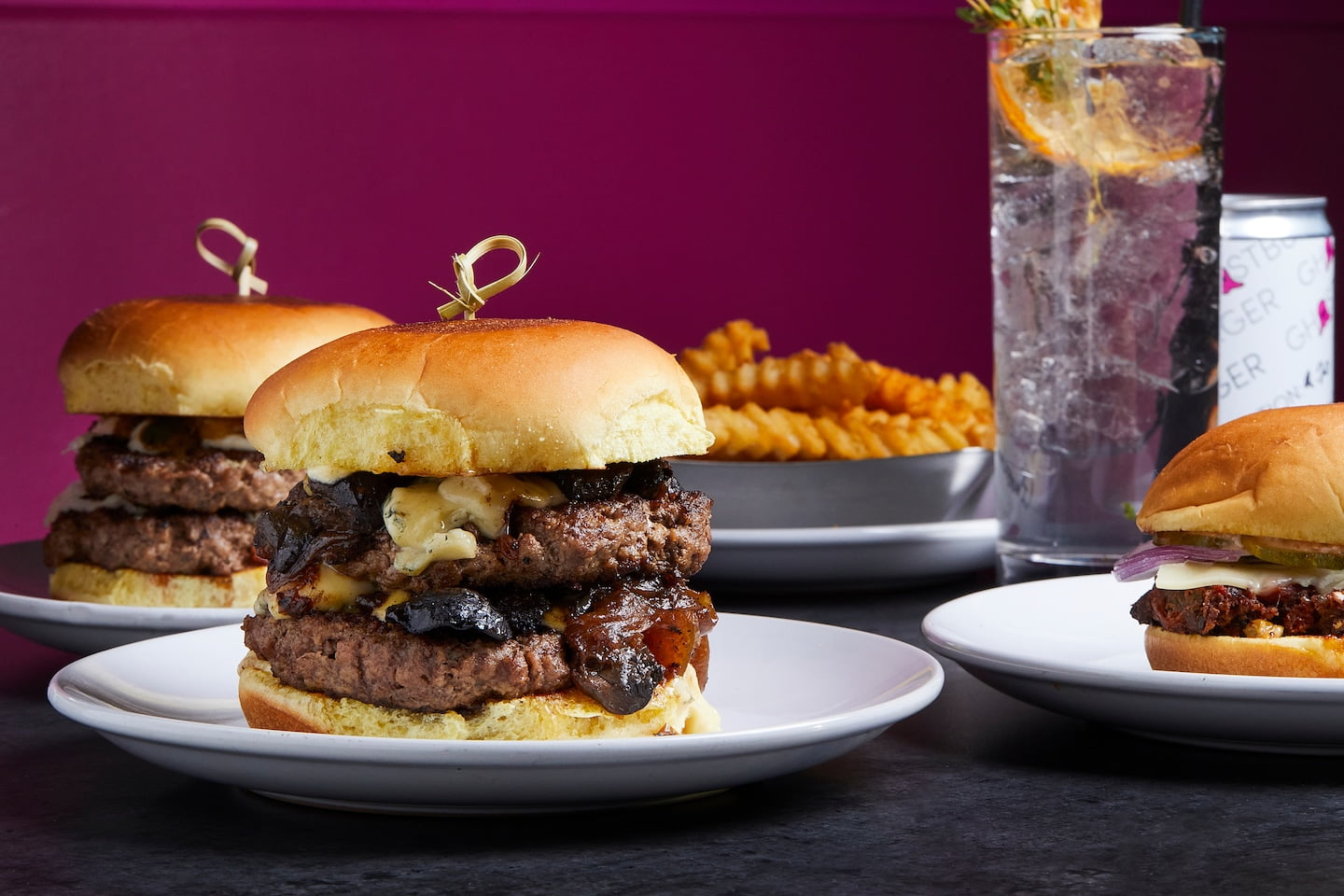 Brittany Spaddy has never seen “The American President,” the 1995 rom-com written by Aaron Sorkin, but she basically lived out one of the film’s most memorable scenes, the one in which a flower shop employee collapses when the president of the United States walks in and tries to order roses.

Spaddy was called into work at Ghostburger on Tuesday, her day off, ostensibly because a VIP was coming to the D.C. burger joint and the place would need extra employees to handle the crowd. But the real agenda, said Josh Phillips, co-founder of Ghostburger, was that the owners wanted Spaddy to be there when President Biden called to place an order. The White House had made the arrangements the day before with Phillips and his wife and co-founder, Kelly.

“She earned that call,” Phillips said about Spaddy, who handles practically everything in the front of the house at Ghostburger, one of the few feel-good stories of the pandemic.

Ghostburger, that pandemic pop-up, is now ready for its close-up

Neither of Ghostburger’s owners told Spaddy who was calling. They just said an “important phone call was coming in today,” Spaddy said. She thought it might be D.C. Mayor Muriel E. Bowser or some pop-culture figure. She was not expecting the president.

That may explain her reaction, which recalls a more innocent time, when a sitting American president could inspire something close to awe instead of an emotionally fraught tweet meant to signal your tribe. When Biden called sometime after 1 p.m. Tuesday, Spaddy just … well, she just froze.

Spaddy recognized the voice before the president could even identify himself. She took his order. Biden asked for a single Ghostburger with bacon, but no cheese and no “spooky sauce.” He ordered another single Ghostburger with cheese, but no sauce. Based on a photo posted to the president’s official Twitter account, Biden claimed the bacon burger. Vice President Harris noshed on the cheeseburger. They both ordered crinkle cut fries.

Today, @VP and I ordered our lunch from @GhostburgerDC – one of the 10.5 million small businesses that have applied to start during our Administration.

If you missed the news, ketchup: that’s the most in a two-year period. Ever.

More proof that our economic plan is working. pic.twitter.com/qfqq1L91FE

The tweet wasn’t just a humblebrag about Biden’s taste in lunch. It was a straight-up brag about his economic plan. The president said Ghostburger was “one of the 10.5 million small businesses that have applied to start during our Administration.”

“If you missed the news, ketchup: that’s the most in a two-year period. Ever,” the president added, with relish. We’ll leave it to the Fact Checker to determine whether the president’s claim cuts the mustard.

Spaddy wasn’t focused on the politics of the occasion. She was concerned with getting the president’s order right.

“I feel like he said, ‘How’s your day?’ Because when I tell you I froze, I froze. … Like, I kind of felt embarrassed at how much I froze on the phone,” Spaddy said. “I’m like, he’s not even in front of you, and you’re fiddling with the computer screens, just trying to take the order properly. You don’t want to mess this order up!”

“It definitely seemed as if he wanted to have a conversation,” she added. “Like I said, I was very, I guess, nervous. My nerves got to me. I was just like, ‘Okay, have a great day!’”

Born in Philadelphia but raised in Washington, Spaddy is no stranger to celebrities. She said she’s met actress and singer Idina Menzel. She had a meet-and-greet with Drake at one of his concerts. She even spoke with a young Adele, who was smoking outside 9:30 Club after a show. But none of these celebs is the leader of the free world. None was vice president to Barack Obama for eight years. None of them “got Donald Trump out of office,” as Spaddy said of Biden.

“After she hung up the phone, it was hilarious. She was, like, shaking. She was going, ‘Oh my God! Oh my God! What just happened?’” Josh Phillips recalled. Kelly Phillips posted a video of the moment on Instagram.

Two years into the current administration, and D.C. restaurants have not, for the most part, experienced the “Biden bump” that many expected after the president visited Call Your Mother after church in January 2021. He and first lady Jill Biden have stopped at only a handful of restaurants and shops since then, including a Taqueria Las Gemelas, owned by Destination Unknown Restaurants, the same company behind Ghostburger.

Regardless, the White House noted that Biden has ordered for himself numerous times on trips around the country, most recently at Just Q’in BBQ in Cincinnati and Tacos 1986 in Los Angeles, where the president left a $20 tip.

White House aides picked up the burgers for Biden on Tuesday. Apparently they’re not as generous as their boss. Ghostburger includes a service charge with each order. There’s no line for a tip, Josh Phillips said, and the aides didn’t leave one. But Phillips quickly noted that the president had already left a gift: that phone call to Spaddy.

“This is not what I thought my Tuesday was going to be,” Spaddy said. “I feel really honored to have taken that call.”