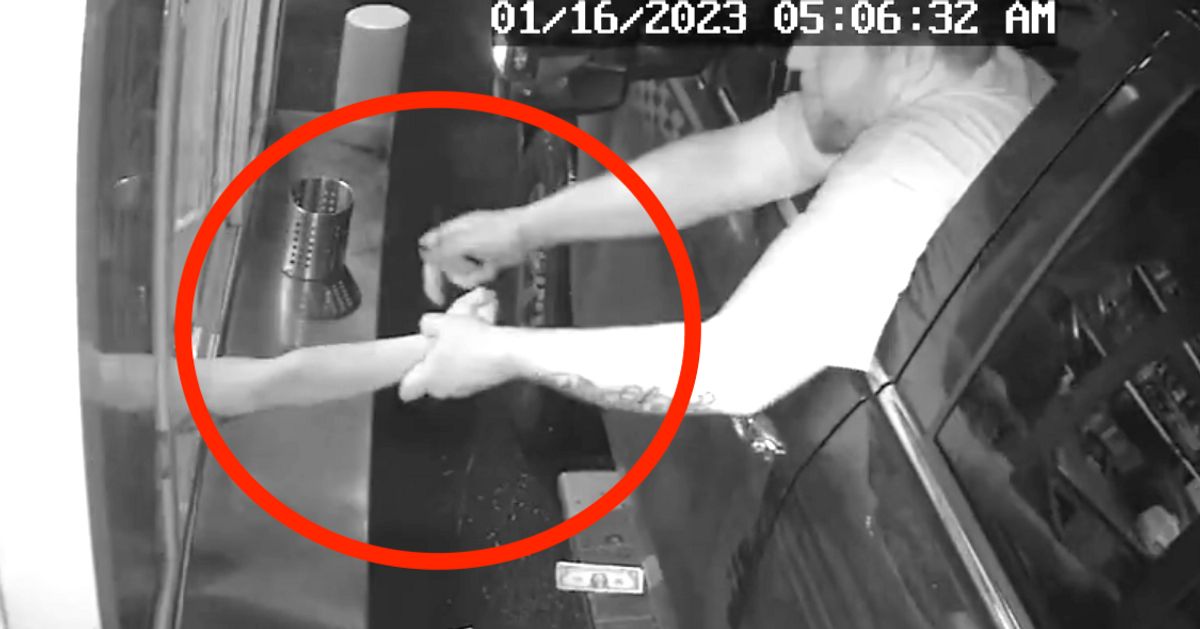 After video of a man attempting to abduct a barista through a drive-thru window early Monday went viral, police in Washington state announced they had arrested a suspect.

Security camera footage released by Auburn Police Department showed the man, from the driver’s seat of a Chevrolet Silverado pickup truck, trying to loop a zip tie on the female employee’s arm as she passed him change.

The barista, who was working alone, broke free and the man drove off.

“After overwhelming support from the community, APD has arrested a suspect in this case,” police announced on Wednesday.

The footage has garnered more than 2 million views on Twitter.

The suspect, whose identity has not been revealed, faces attempted kidnapping and other charges, KIRO-TV reported.