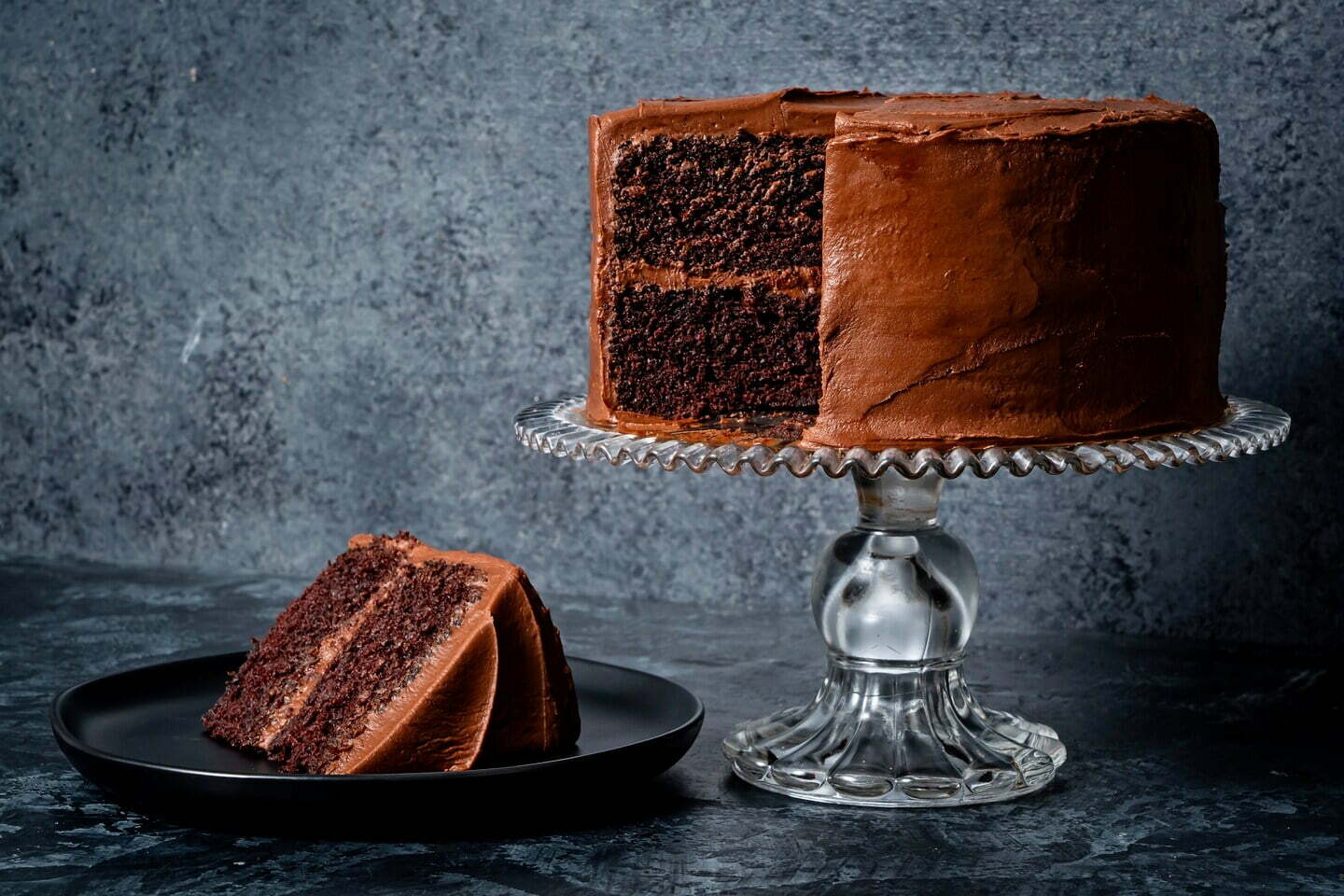 Leaving out an egg entirely and not changing anything else is typically not a good idea, Moskowitz says. Her general rule of thumb is to figure on adding back 1/4 cup liquid per egg. Here are a few of her standbys:

Milk. If you’re making something fairly dense, such as a chocolate cake, use 1/4 cup milk of your choice instead of the egg. Moskowitz suggests making egg-free French toast with soy milk doctored with turmeric for color and Indian black salt (kala namak) for that characteristic sulfurous aroma and taste.

How to choose the right nondairy milk for your recipes

Flax. Whether you’re using whole flaxseeds or ground meal, Moskowitz recommends blending 1/4 cup liquid of your choice with 1 tablespoon flax per egg in a food processor (a mini is ideal), blender or personal blender such as a Magic Bullet. She likes this for cookies and muffins. If you’re worried about too much flax flavor coming through when you want a more neutral flavor, you can back off the amount a bit. For cookies, if you want a crisper result, consider adding 1/2 teaspoon cornstarch per egg along with the flax mixture, too (or more for something extra crunchy such as biscotti). To account for the loss of the yolk, you can increase the fat in the recipe by about 1 1/2 teaspoons per egg. Similarly, cookbook author and Serious Eats contributor Stella Parks found an oat slurry made with two parts water and one part oats swapped in one-for-one by weight for the eggs to be particularly effective in her vegan chocolate chip cookies.

This vegan French toast will power you through any morning

Applesauce and milk. Applesauce has long been a favored swap-in for eggs and fat, and Moskowitz favors using it in conjunction with milk — 1/4 cup of each per egg. The applesauce adds moisture, making this an ideal adjustment in quick breads, muffins and chocolate cakes. You may get the flavor of the applesauce, or at least its sweetness, coming through, but in many scenarios, that might not be a bad thing.

Silken tofu and milk. “It’s such an old-school one but still one of my favorites,” Moskowitz says. If the recipe calls for two eggs, use 1/2 cup silken tofu blended with the milk or other liquid in the recipe. If there isn’t enough liquid to do that, use 1/4 cup tofu and 1/4 cup milk in lieu of 2 eggs. Try it in cookies, where the tofu will help the cookies set and you’ll get a brown and chewy result.

Aquafaba. It’s the seemingly miracle liquid from a can of beans (often chickpeas) that has been catching on as an egg replacement, particularly in instances when you’d whip egg whites, as with meringue. According to Food editor Joe Yonan, 2 tablespoons of aquafaba can stand in for 1 egg white and 3 tablespoons for 1 whole egg. His fudgy Chocolate, Red Bean and Rose Brownies, for example, call for 2/3 cup of it. Moskowitz is less enamored of aquafaba — she got by so many years without it — but sees where it can help set custards and pies or help with airy foods such as cheesecakes.

Yogurt. Moskowitz rolls with plant-based, but pick your favorite. Use 1/4 cup per egg and expect it to shine in situations where moisture is good, such as cakes, muffins and quick breads.

Mayo. This one comes from David Joachim, author of “The Food Substitutions Bible.” After all, mayo includes eggs, and the spread can serve the same emulsifying purpose as what it’s replacing. Joachim says the swap is one to consider for cakes in particular, with 2 to 3 tablespoons per egg. Expect a very moist crumb. Take a look at Duke’s Chocolate Cake, which calls for zero eggs and 1 1/2 cups of mayo instead (it’s a very big cake!).

5 ways to cook and bake with mayo, for lovers and haters alike

Powdered egg substitutes. These are typically a mix of starches and leaveners. Common brands include Ener-G and Bob’s Red Mill. Guidance may vary on ratios for substituting, as well as uses, so be sure to read the packaging on whatever you buy. Liquid options, such as Just Egg, can work in some, but not all, types of baked goods.

Others. The Kitchn has a comprehensive side-by-side comparison of egg replacements in baking muffins. I encourage you to take a look, if for no other reason than to check out the surprising winners: carbonated water (first place) and a combination of water, oil and baking powder (second).