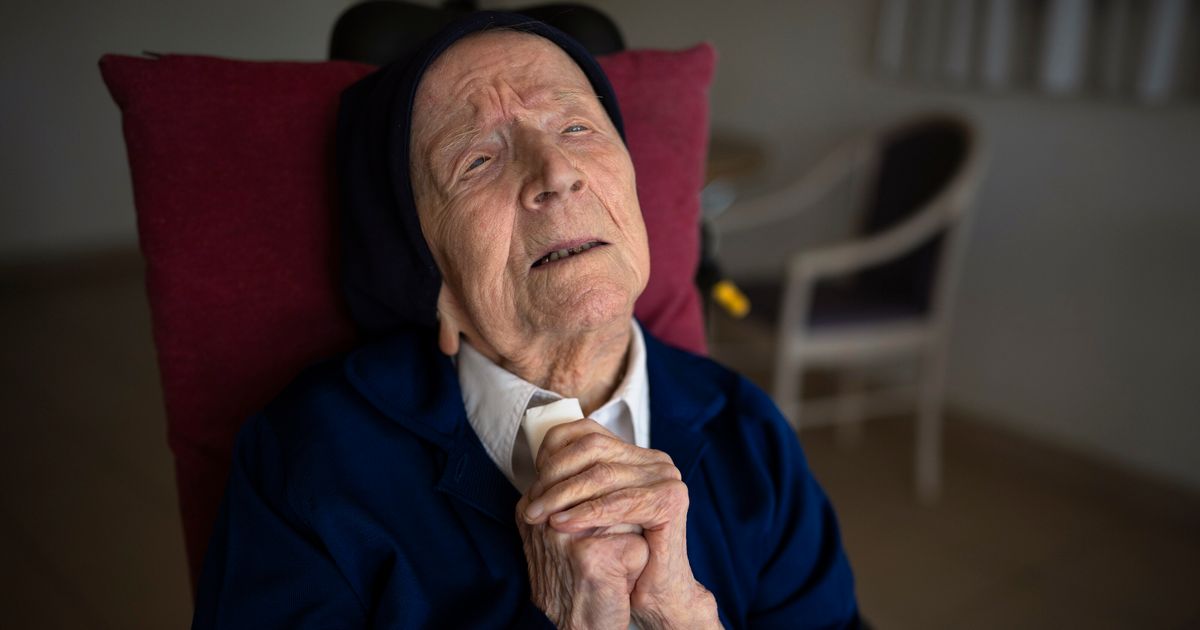 PARIS (AP) — A French nun who was believed to be the world’s oldest person but had been reportedly growing weary of the burdens of age has died a few weeks before her 119th birthday, her nursing home in southern France said Wednesday.

Lucile Randon, known as Sister André, was born in the town of Ales, southern France, on Feb. 11, 1904, and lived through the two world wars. As a little girl she was astonished by her first contact with electric lighting at school and, more recently, survived COVID-19 without even realizing she’d been infected.

Spokesman David Tavella said she died at 2 a.m. on Tuesday at the Sainte-Catherine-Laboure nursing home in the southern port city of Toulon.

The Gerontology Research Group, which validates details of people thought to be 110 or older, listed her as the oldest known person in the world after the death of Japan’s Kane Tanaka, aged 119, last year.