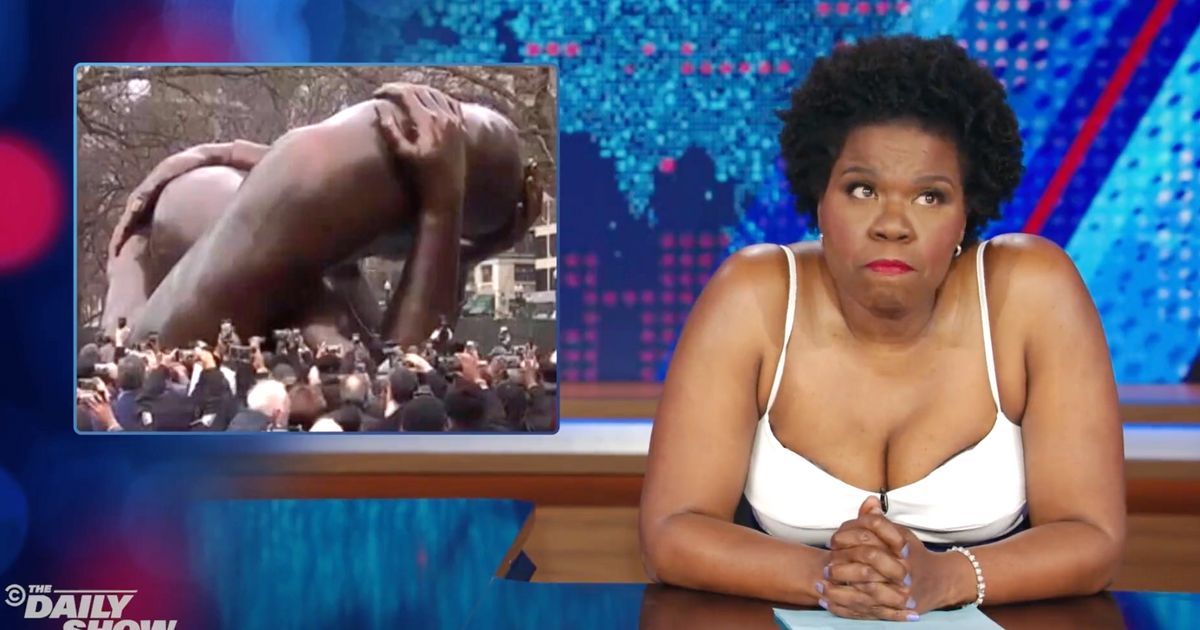 While “The Daily Show” guest host roasted the new $10 million sculpture ― which commemorates an iconic hug between King and his wife, Coretta Scott King ― she asked that white people sit this one out.

“White people: You don’t need to be saying shit about this statue,” she said. “You understand? You need to sit your ass in the back of the bus for this one. You need to honor the statue. This is a civil rights icon… Going down on his wife.”

The sculpture was inspired by a famous photo showing King and Scott King embracing after he learned he won the Nobel Peace Prize in 1964. The artwork focuses on their interlaced arms without their heads, leading to some… misinterpretations. Jones, for example, wasn’t the only one seeing something NSFW in the recently-unveiled monument.

Seneca Scott, a cousin of Scott King, said she thought it “looked like a penis.”

Jones is the first in a lineup of weekly guest hosts for the Comedy Central show, following the departure of former host Trevor Noah in December.

Watch below on “The Daily Show.”