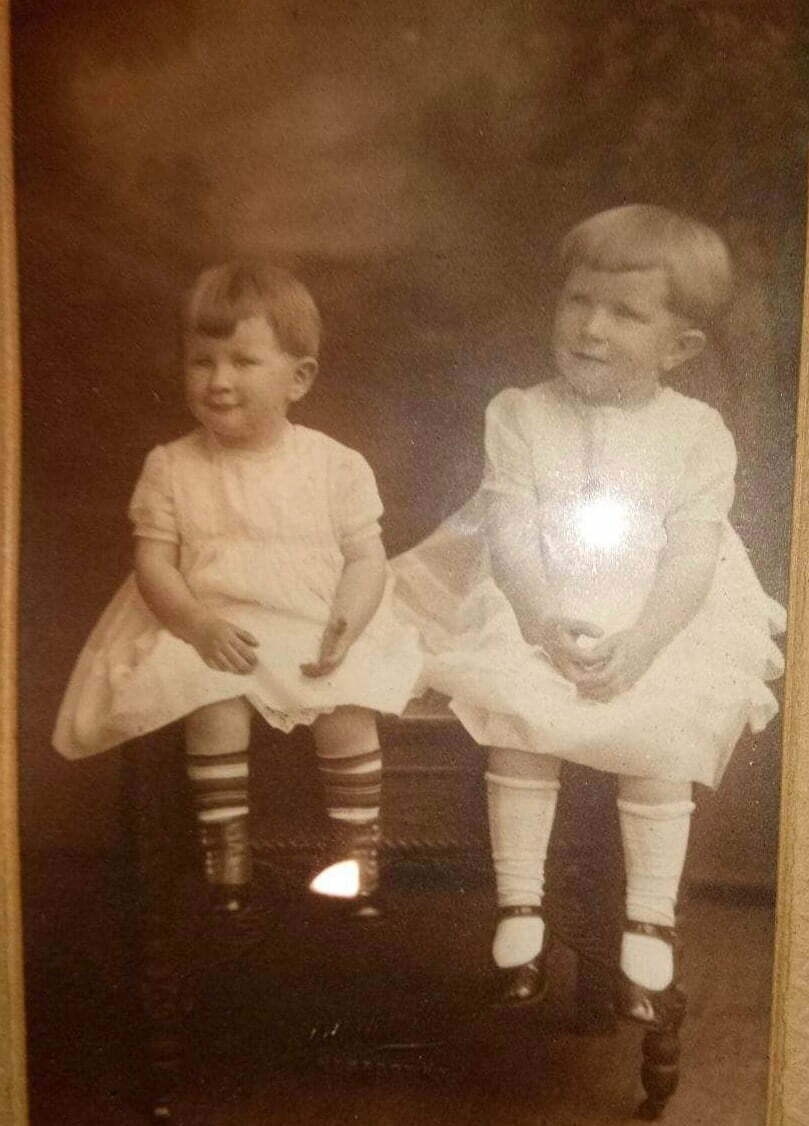 On Mary Barnes’s 103rd birthday, she had only one request. Actually, two. She told her family and friends that she wanted to celebrate her big day with crab cakes and beer.

“That’s always been my favorite,” said Barnes, a World War II Navy veteran who hit her century-plus-three milestone on Sunday. “Nothing tastes better at a party than crab cakes and beer.”

Her friends at the Virginian assisted-living center in Fairfax, Va., decided they could round out the menu and added a homemade German chocolate cake to the festivities for Barnes.

“Her friendly, positive disposition is contagious,” said Janenne Springer, the center’s life enrichment coordinator who has known Barnes for six of the 14 years she’s lived there.

She and other staff members worked with Barnes’s daughter, Martha Barnes, to make Mary Barnes’s beer and crab cakes bash just the way she wanted it.

“My mom has always told me the secret to her longevity is that God wants her around to make sure she keeps me and my brother out of trouble,” said Martha, 66, noting that her mom doesn’t have any grandchildren. “At this stage in her life, I guess I have no reason to doubt it.”

“She’s an amazing and courageous woman who went through a lot of hard times in her life,” Martha noted. “At age 103, she certainly deserves to be honored.”

Mary Barnes, born Mary Feldman, grew up during the Great Depression in Danville, Va., and said she helped care for her mother, who was severely burned in a coal furnace accident. Her father died of appendicitis when she was 10.

“I had a sister and a brother, and our family made a small income by running a [milk] pasteurizing business,” Barnes said. “There were no government benefits during those times, but we felt fortunate, compared to many others.”

“People would come to our door and say, ‘Ma’am, do you have any bread?’” she recalled. “My grandmother made biscuits every morning to give to those who were hungry. It was just what you did.”

When she was 22, Mary enlisted in the Navy and was assigned in 1942 to the accounting department on Ford Island in Hawaii — about a year after Pearl Harbor was bombed.

“I wanted to be a part of it all — I was looking for adventure,” she said, noting that she was among the first WAVES (Women Accepted for Volunteer Emergency Service) to be put to work after President Franklin D. Roosevelt signed the Navy Women’s Reserve Act into law.

“I’d hoped to be stationed in Alaska, but they needed me in Hawaii, and I was fine with that,” Barnes said. “If history was being made, I wanted to be there.”

Martha Barnes said her mom often told her stories about the sexist environment that was commonplace in the military.

“All of these men wanted to date her, and they were usually married,” she said. “My mom had a friend in accounting who would check to see if they had a marriage deduction taken out of their paycheck. If they did, she wouldn’t go out with them.”

One of her male colleagues told Mary that the only reason she joined the Navy was to find a husband, she recalled.

After 3½ years in Hawaii, and another year in the Navy Reserves, she said she did find a husband — or maybe he found her.

Fred Barnes was working at his sister’s restaurant in Ann Arbor, Mich., when Mary came in for lunch one day, Martha Barnes said.

“After the war, Mom came home to Virginia for a couple of years, then a former colleague offered her a job at his accounting business in Ann Arbor,” she said. “When Dad saw her, he immediately wanted to take her out.”

One date led to another, and by the end of 1948 they moved to Danville and were married, Mary said.

She and her husband raised two children — Martha and Mark Barnes, and Fred worked for the Department of Defense while Mary spent more than 20 years working for Fairfax County Public Schools as a secretary, she said.

“There were times when we didn’t have a lot of money, and Mom would show us we could still have fun by enjoying the simple things,” Martha Barnes recalled.

“We’d go out and have fun in the snow, or we’d put on our boots and splash around after a spring rainstorm,” she said. “My mother gave me a love for the outdoors and nature.”

Mark Barnes, a retired attorney living in San Francisco, said he remembers that his mom always had a strong opinion to offer.

At age 5 he vowed to go to college with his mom. They just graduated together.

“Sometimes you agree, and sometimes you don’t, but my mother has always held to her opinions,” said Mark, 73. “It’s hard to believe she’s 103. She still has some good years left, I’m sure of that.”

Mary Barnes said she stays young at heart by keeping an active social life at the Virginian, drinking an occasional glass of beer or wine and reading The Washington Post from beginning to end every morning.

“I want to know what’s going on in the world — especially the sports news,” she said.

She had a difficult time after her husband died on Valentine’s Day in 2011, but she said she gradually was able to find enjoyment in her days again and look for the good in life.

“I miss him and think about him every day,” Barnes said, “but I have a lot of nice memories and I have a happy life. I’m looking forward to another party when I’m 104.”