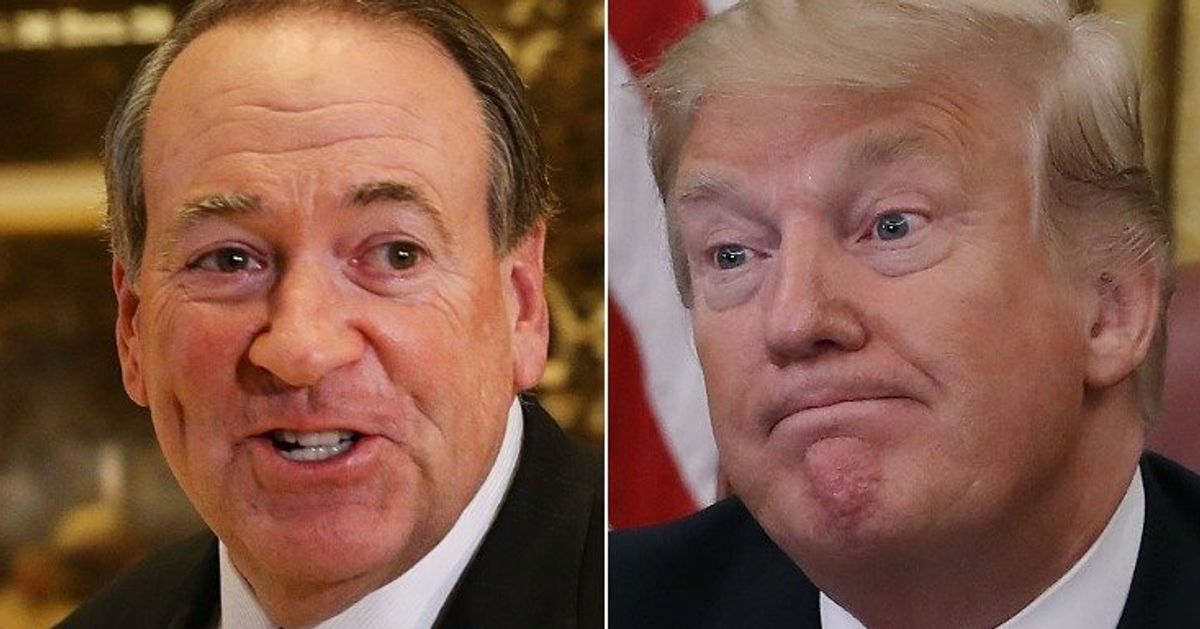 Mike Huckabee has a new children’s book out ― and based on the promotional materials, it likely won’t please one-time ally Donald Trump.

Huckabee’s “The Kids Guide to Ron DeSantis” appears to offer a glowing take on the Florida governor, a potential 2024 rival to Trump who is already beating the former president in some polls.

Trump is reportedly unhappy with former protege DeSantis as a result and likely to be less-than-thrilled with Huckabee’s claim that DeSantis “may be our next Commander-in-Chief,” as the ad below shows:

The elder Huckabee’s side hustle has been hawking right-wing children’s books, including one that lavishes praise on Trump, one that pushes the notion that the United States is a Christian nation, and a series of Bible-based books.

In most cases, the books are sold for a buck plus shipping and handling, but purchasers must also agree to a subscription where subsequent mailings cost $20 a month.