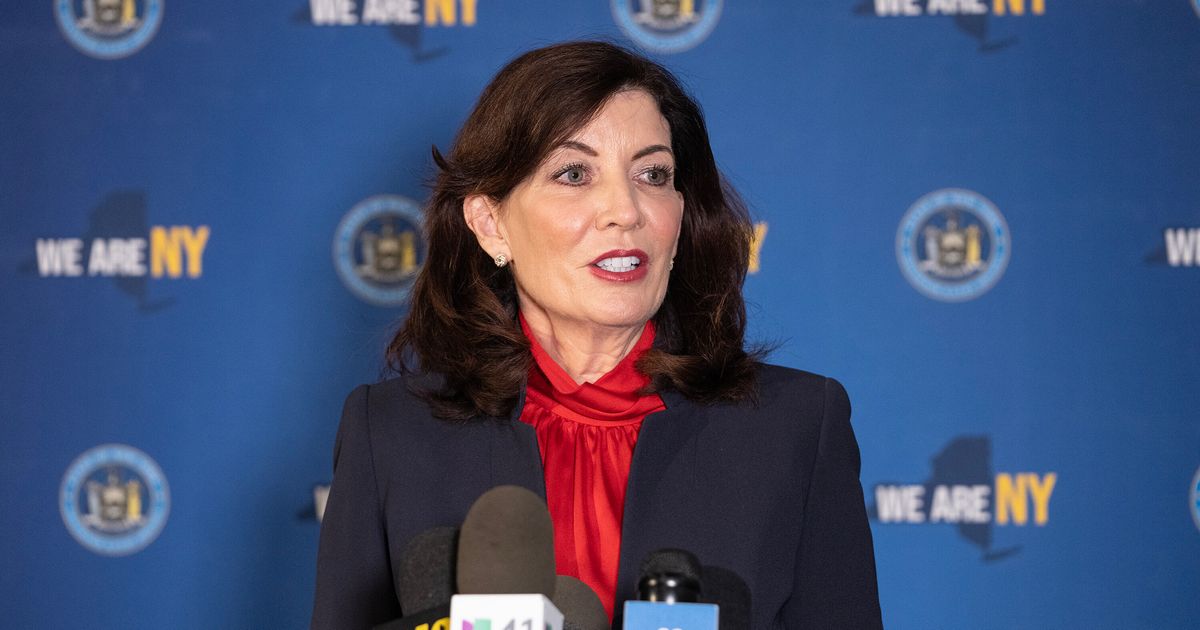 A key panel dominated by Democrats tanked New York Gov. Kathy Hochul’s nominee to lead the state’s highest court on Wednesday, handing the governor a humiliating defeat at the hands of members of her own party ― and a victory for progressive lawmakers determined to hold the line against a judicial pick they deemed too conservative.

After a nearly five-hour hearing, the 19 members of the New York state Senate Judiciary Committee voted narrowly to block the nomination of Judge Hector LaSalle, whom Hochul tapped to serve as chief judge of the New York State Court of Appeals.

Ten Democratic members of the committee voted “no,” while nine committee members ― three Democrats and six Republicans ― voted to advance his nomination for a floor vote. Of the latter group, two Democrats voted “yes” and the rest voted to advance his nomination “without recommendations,” indicating issues with the nominee that stopped short of a desire to block him from advancing.

In a statement reacting to the outcome, Hochul argued that several state senators’ statements opposing LaSalle’s nomination prior to the committee hearing undermined the hearing on Wednesday.

“While this was a thorough hearing, it was not a fair one, because the outcome was predetermined,” she said.

LaSalle’s nomination is not yet officially dead. Hochul believes that the state Senate’s constitutional role to provide “advice and consent” on executive branch nominees entitles LaSalle to a vote on the floor of the Senate where the math may be more favorable to his confirmation.

“While the Committee plays a role, we believe the Constitution requires action by the full Senate,” Hochul said Wednesday.

The state Senate’s Democratic leaders maintain that they can fulfill that role through a committee hearing and vote alone, though Hochul has indicated that she plans to petition a court to force a floor vote.

“I hope that we turn the page on this chapter, and that the governor finds a nominee that my colleagues can coalesce around,” Judiciary Committee Chair Brad Hoylman-Sigal (D), who voted against advancing LaSalle’s nomination, told reporters after the hearing.

Although LaSalle’s defeat in a committee vote was highly anticipated, the outcome has major implications for Hochul and intra-Democratic Party dynamics in New York.

LaSalle, who would have been the state’s first Latino chief judge of the highest court, had the support of a number of Latino groups and politicians in New York. A number of Hochul allies, including U.S. House Democratic Leader Hakeem Jeffries of Brooklyn, also spoke up in LaSalle’s defense in recent days.

But skepticism from a host of Democratic-aligned interest groups, including organized labor, abortion rights advocates, and civil rights activists and their allies in the state Senate, ultimately doomed his candidacy.

Criticism of some of LaSalle’s rulings on union rights, as well as abortion and civil rights policies, carried extra resonance for Democratic senators in light of the increasingly conservative turn of the U.S. Supreme Court and a desire to see New York’s judiciary as a counterweight to those decisions.

“We have a [U.S.] Supreme Court that is in full-on battle mode against our civil liberties, both as New Yorkers and as Americans,” Hoylman-Sigal said at Wednesday’s press conference. “So I think we understand … how crucial the chief judge position is, and that I think resulted in the attention and examination thoroughly of this nominee’s record.”

In addition, the legacy of former Chief Justice Janet DiFiore, whose resignation in July created the opening for Hochul to fill, loomed over state Senate Democrats’ consideration of LaSalle.

DiFiore, a former Republican turned conservative Democrat, infuriated Democrats with her April decision effectively throwing out the state legislature’s new congressional and state senate district maps on the grounds that they violated the state constitution’s ban on partisan gerrymandering.

“It’s time for a new direction in our judicial branch,” Hoylman-Sigal said in July.