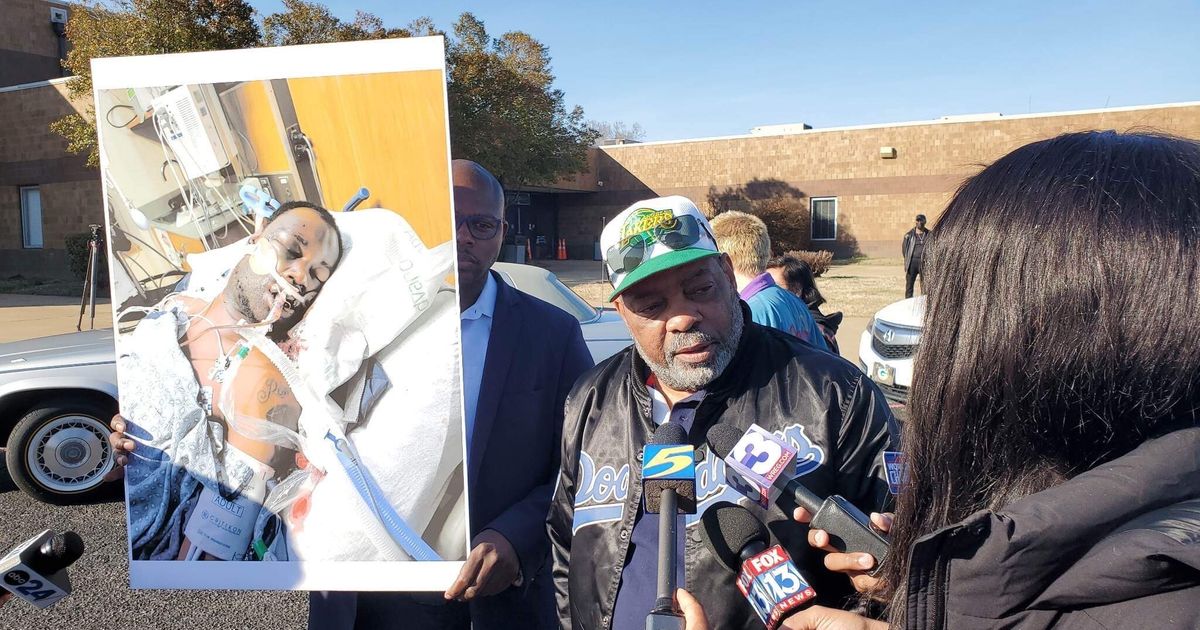 The family of a young Black man who died in the custody of Memphis, Tennessee, police is outraged and looking for answers — starting with the release of body camera footage that may help explain what happened to 29-year-old Tyre Nichols during a routine traffic stop this month.

Nichols’ family and local activists planned a series of protests over the Martin Luther King Jr. holiday weekend in Memphis, the same city where the civil rights leader was slain over 50 years ago. They demanded the release of the full bodycam footage — and revealed a shocking photograph of Nichols in a hospital bed following his arrest but before his death. In the picture, he appears to have suffered serious injuries, with the family describing him as “unrecognizable.”

Nichols, a FedEx worker who enjoyed skateboarding and photography, died three days after a Jan. 7 traffic stop for reckless driving.

It’s not entirely clear what ensued before Nichols ended up in an ambulance. Officers said that he ran from the stop but gave vague information about what occurred while they gave chase.

His family said Nichols was pepper-sprayed, tased and beaten by several officers during the stop.

Nichols complained that he was experiencing “shortness of breath, at which time an ambulance was called to the scene,” police said. He was taken to a hospital and died on Jan. 10. Officials have not disclosed a cause of death, but Nichols’ family said he suffered from cardiac arrest and kidney failure.

HuffPost made several attempts to reach Memphis police but did not receive a response.

The Tennessee Bureau of Investigation is now looking into what happened, while the officers involved have been relieved of duty pending the outcome of the probe.

Nichols’ death is just the latest in a string of high-profile incidents that have roiled the city. In 2018, police fatally shot Martavious Banks during a traffic stop, with an officer’s body-worn camera not operating. Three years earlier, police also fatally shot Darrius Stewart, who was unarmed and fleeing an officer after a stop.

Not one of the officers involved in the deaths of Banks or Stewart was charged in Memphis, even though police found Jamarcus Jeames, an ex-officer, in violation of department policy and a former Memphis district attorney recommended that ex-officer Connor Schilling be indicted by a grand jury.

Since Nichols’ arrest and death, his family has held four demonstrations and a memorial service in his honor. Activists have also confronted public officials, including the city’s mayor.

On Saturday, Hunter Demster, an activist and organizer in Memphis, obtained the image of Nichols in a hospital bed. In the photo, which is reprinted in this story, his face appeared to be disfigured, with bruises and swollen eyes.

The family protested with the graphic photo outside the Memphis Police Department, demanding justice and accountability.

Amber Sherman, an organizer with a Black Lives Matter chapter in Memphis, approached Strickland and asked when the city was going to release more information about the fatal incident.

“It is a very sad situation,” Strickland responded.

Sherman then asked if the mayor would join activists in calling for the release of the footage. Strickland told Sherman that his office is “working on that right now,” but when she questioned how long it would take, Strickland replied, “I don’t know.”

Sherman argued that the release of the footage should be a priority because “police keep murdering people here.”

“No, they don’t keep murdering people here,” Strickland replied, again calling Nichols’ case a “sad situation.” (Since the beginning of December, four other people have been shot by Memphis police, with three of them dying. Nichols was the first person to die in police custody this year.)

Nichols’ family said an officer initially told them not to travel to the hospital where he was being treated, according to Sherman, who is also the president of the Shelby County Young Democrats.

“We are not just going to stop. Where is the footage? They are not releasing anything,” Sherman said. “He was very afraid and running because they were regular-looking people. Just as Black people here, someone pulling me over in an unmarked vehicle — I would be scared too.”

On Tuesday, Allison Fouche, a spokesperson for Strickland’s office, told HuffPost that the city plans to release bodycam footage from the incident next week, after an internal investigation is completed and officials give the family an opportunity to see the video first.

Strickland’s office and the city’s police chief, Cerelyn “C.J.” Davis, followed up with a statement Tuesday afternoon after the disruption of the Luminary Awards event.

“We understand and agree that transparency around the events surrounding the death of Mr. Tyre Nichols is critically important, especially the release of the video footage,” the statement said. It added that city officials plan to meet with Ben Crump, who is representing Nichols’ family.

Shelby County’s newly elected district attorney, Steve Mulroy, also released a statement Tuesday, saying that his office is “committed to transparency” and understands the “reasonable request from the public to view the footage.”

“We’re working with the appropriate agencies to determine how quickly we can release the video, and will do so as soon as we can,” the statement said.