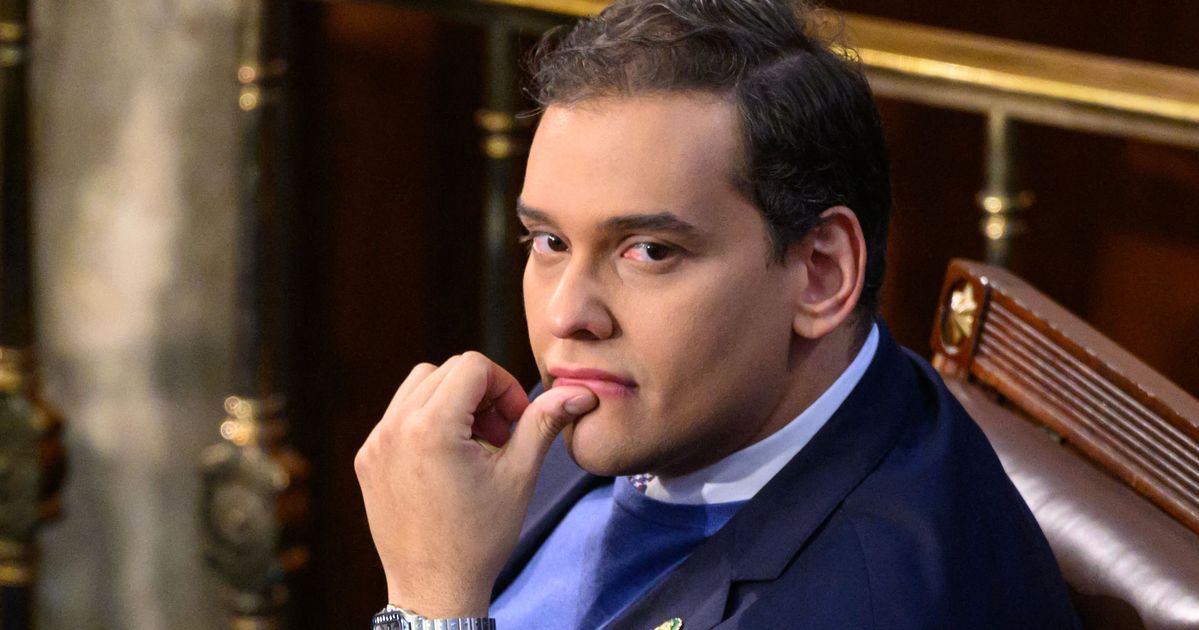 A disabled veteran has accused newly-elected Rep. George Santos (R-N.Y.) of fundraising for his service dog’s lifesaving surgery and then disappearing with the money, local news site Patch reported Tuesday.

Richard Osthoff, a U.S. Navy veteran, told Patch Santos conned him in 2016 while he was living in a tent on the side of a highway in Howell, New Jersey, with his beloved dog Sapphire. Sapphire was diagnosed with a life-threatening stomach tumor, and Osthoff was quoted $3,000 for the surgery to remove it.

According to Osthoff, a veterinary technician told him he knew a guy who could help: Anthony Devolder, who ran Friends of Pets United, a pet charity.

Anthony Devolder is one of the names that Santos, whose full name is George Anthony Devolder Santos, used among an array of aliases, including George Devolder and Anthony Zabrovsky.

The lawmaker faces multiple federal and local investigations after revelations that he fabricated much of his background, including his education, work experience and heritage. He is also being investigated for campaign finance violations after allegedly misusing campaign funds, lying about how his campaign spent money and hiding the origin of campaign funds.

In December, The New York Times reported that, among other discrepancies in the resume Santos pitched to voters, there was little evidence that his charity, Friends of Pets United, was a tax-exempt organization like he claimed. The Internal Revenue Service apparently had no records of a registered charity with that name.

Osthoff and another New Jersey veteran, retired police Sgt. Michael Boll, who was helping Osthoff as the situation evolved in 2016, told Patch that Santos set up a GoFundMe for Sapphire’s surgery.

They claimed that when it reached $3,000, he closed it and became increasingly difficult to contact.

In a July 2016 Facebook post, Osthoff thanked supporters for helping him reach his fundraising goal. He shared a link to a since-deleted GoFundMe page. The preview of the link shows that it was created “by Anthony Devolder.”

But, according to Osthoff, when he tried to schedule Sapphire’s procedure, Santos then insisted Osthoff take Sapphire to another vet clinic ― that he purportedly had a relationship with ― which said it couldn’t operate on the tumor. Santos then claimed he would take the money raised for Sapphire and use it for “other dogs,” Osthoff said.

In a November 2016 Facebook post, Osthoff told supporters that he had been “scammed by Anthony Devolder” and that Sapphire was facing euthanasia within months, according to a screenshot published by Patch.

One of Santos’ former roommates, Gregory Morey-Parker, was interviewed several times on CNN this week about Santos, who he said he lived with for a few months in 2020.

Morey-Parker said he knew Santos by two names: Anthony Devolder and Anthony Zabrovsky and he had “never known him as George Santos.” According to Morey-Parker, Santos said he used the name Zabrovsky for his pet charity because he believed “the Jews will give more if you’re a Jew.”

A spokesperson for Santos did not immediately return a request for comment.