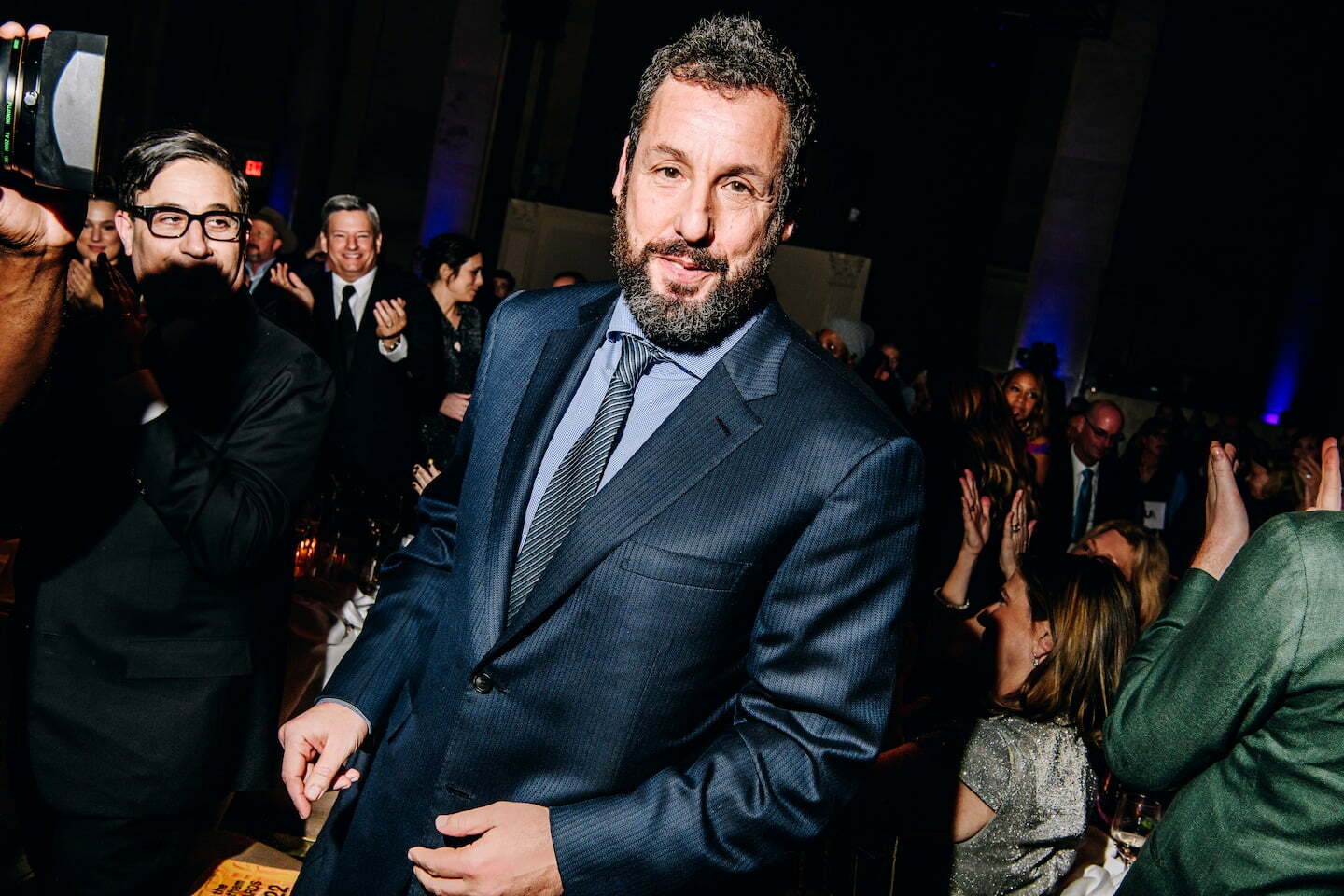 CNN will broadcast this year’s Mark Twain Prize for American Humor, taking over a star-studded Kennedy Center awards show that has been aired by PBS for the past two decades.

The ceremony, which this year honors Adam Sandler, will be held in the Kennedy Center’s 2,465-seat Concert Hall on March 19. CNN will air an edited version of the ceremony one week later at 8 p.m. The cable giant will also stream the broadcast for “pay TV subscribers via CNN.com and CNN OTT and mobile apps, or CNN go where available,” according to a news release from the Kennedy Center.

Taped broadcasts of the first two ceremonies, honoring Richard Pryor in 1998 and Jonathan Winters the following year, aired on Comedy Central. Every subsequent ceremony has aired on PBS.

Chris Licht, the chief executive of CNN, called the ceremony “one of the most uplifting, entertaining events of the year” in a statement to The Washington Post, and said his network is “thrilled” to broadcast it.

Licht, who executive-produced Stephen Colbert’s late-night comedy show for CBS and produced two other Colbert-centric comedy shows before ascending to the top job at CNN last April, said in his statement that “humor has an amazing capacity to unite people.”

In addition to airing the Twain Prize ceremony, Licht’s CNN is considering the possibility of bringing on a comedic entertainer with some news chops to host a prime-time slot on the network, a source close to the network confirmed to The Post, suggesting his vision for the channel includes a comedic take on the biggest stories of the day.

“We are excited to partner with CNN in this annual tradition of celebrating as well as poking fun at a remarkable artist,” Kennedy Center president Deborah F. Rutter said in a statement. “The Mark Twain Prize is a perfect fit for CNN because it showcases a quintessential Washington, D.C. event that brings together politicians from both sides of the aisle, performers, and audiences of all backgrounds for an evening of laughter. This new joint venture extends our reach as well as broadens CNN’s programming — a true win-win in a city where that phrase is not so common!”

The Twain Awards went on a two-year hiatus following stand-up comedian Dave Chappelle receiving the honor in 2019, due to coronavirus protocols — and returned in semi-normal fashion last March. The broadcasting switch comes a year after the Kennedy Center moved the ceremony from the fall (just before the Kennedy Center Honors) to spring.

Sandler joined SNL as a writer in 1990 after small roles on sitcoms including “The Cosby Show.” He soon became a beloved SNL cast member, partially because his portrayal of figures like Axl Rose and his larger-than-life characters such as Opera Man, Canteen Boy and Lucy Brown of the Gap Girls — along with his original novelty songs, which include the Billboard Top 100 hit “The Chanukah Song.”

He left the show in 1995 as his film career began taking off with “Billy Madison” (1995), “Happy Gilmore” (1996) and “The Wedding Singer” (1998). In 1999, he founded Happy Madison Productions, which has produced most of his subsequent films along with other projects.

Though he tends toward broad comedies, he’ll occasionally turn in critically acclaimed dramatic performances for auteur directors, such as Paul Thomas Anderson’s “Punch-Drunk Love” (2002), Judd Apatow’s “Funny People” (2009), Noah Baumbach’s “The Meyerowitz Stories” (2017) and Josh and Benny Safdie’s “Uncut Gems” (2019). His portrait of a basketball scout in 2022′s “Hustle” earned him a tribute at the 32nd Gotham Awards.

He also became one of the first to sign a multi-film deal with Netflix, for whom he starred in and produced several exclusive movies, with at least four more forthcoming.

His movies have collectively grossed more than $3 billion worldwide.