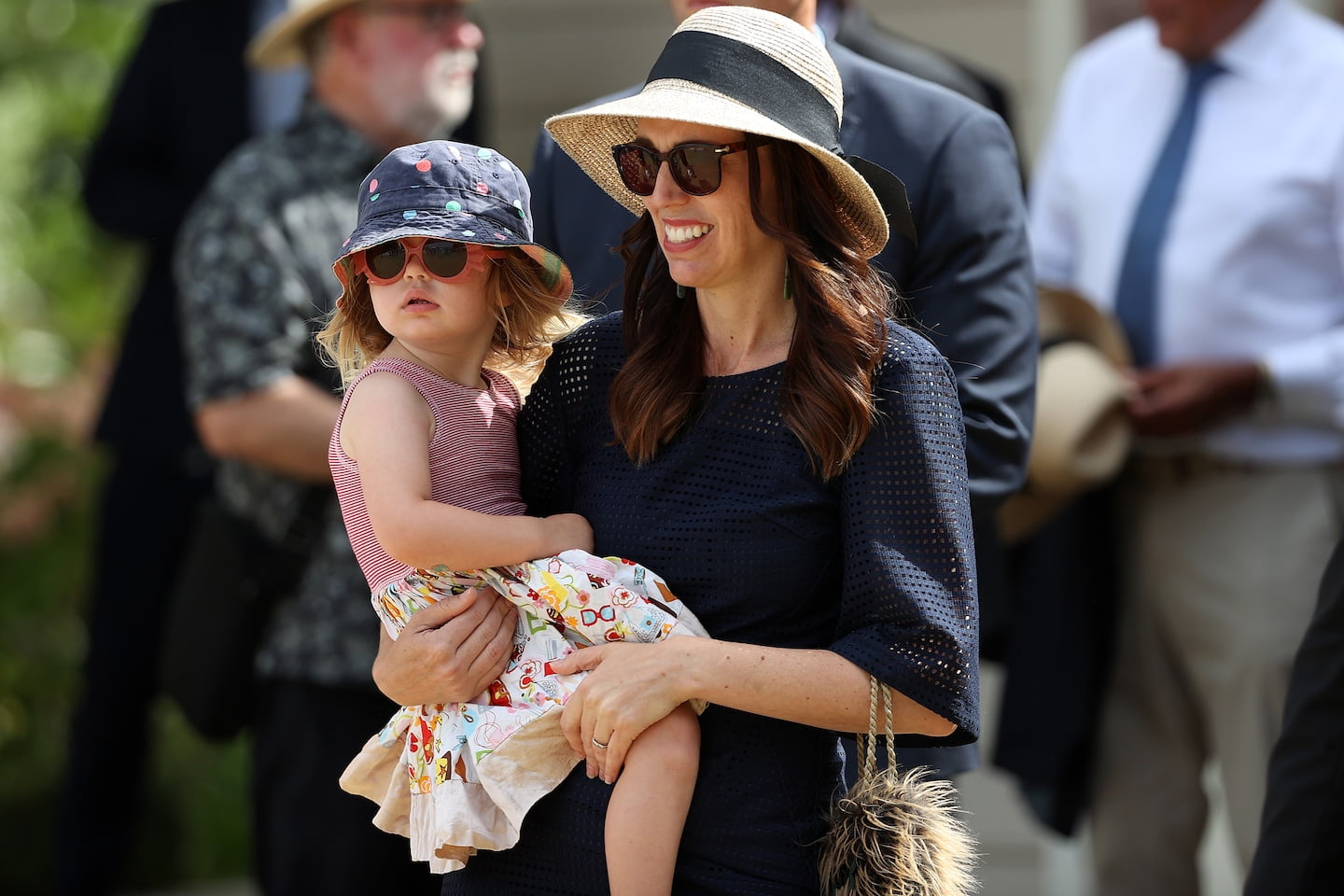 A few weeks ago, while I watched Rep. Jimmy Gomez (D-Calif.) win admiration for caring for his infant on the House floor, I started to think about the last time I’d seen an elected official engage in such a public display of parenting. It was New Zealand’s Prime Minister Jacinda Ardern, scraping herself together after a six-week maternity leave to simultaneously raise a human and run a country.

I don’t remember Ardern winning universal admiration for this balancing act. What I remember mostly was the debate that raged over her breastfeeding choices. Since baby Neve was still nursing when Ardern was expected at a Pacific islands summit, the prime minister had arranged to take a separate flight from other government officials, shortening her trip to avoid a prolonged absence from her newborn. The extra travel arrangements cost thousands of dollars in fuel. Was this a good use of taxpayer money? Should Ardern have taken a longer maternity leave or avoided pregnancy altogether?

“If I didn’t go, I imagine there would have been equal criticism,” she told the New Zealand Herald at the time, explaining the careful analysis that had gone into her decision. “Damned if I did and damned if I didn’t.”

So one lesson from Jacinda Ardern’s term was that mothers can’t win and that even in the highest levels of governing, a father who rearranges his work schedule for his kids is seen as dedicated and a mother who does the same is seen as disorganized. But if you prefer the optimistic take, the other lesson was that if citizens are willing to accept flexibility in how their leaders get the job done then they can have a leader like Jacinda Ardern.

They can have a leader who, after stepping into her role at the age of 37, went onto create one of the most diverse cabinets in the world: 40 percent women, 25 percent Maori, 15 percent LGBTQ — a group that, Arden said proudly, reflected “the New Zealand that elected them.”

They can have a leader who, less than a week after 50 New Zealanders were shot to death in a Christchurch mosque, helmed a nationwide ban of assault-style weapons without fuss or consternation: “Our history changed forever,” she said simply. “Now, our laws will too.”

They can have a leader who, in the face of a global pandemic, mapped out a clear and transparent course of action to stop the spread, addressing her country as “our team of 5 million,” while meanwhile, in the United States, our president publicly speculated that maybe doctors could fight the virus with disinfectant “by injection inside or almost a cleaning.” (New Zealand fared much better than the United States — and many other countries — in terms of covid fatalities.)

Most importantly, they can have a leader who acknowledges, without ego or pomp, when it’s time to hang things up and resign. On Wednesday, Ardern announced that she no longer had “enough in the tank” to perform the job to the standards it required, that she would be stepping down. “I am human. Politicians are human. We give all that we can, for as long as we can, and then it’s time.”

“I hope in return I leave behind a belief that you can be kind, but strong,” she said in closing. “Empathetic, but decisive. Optimistic, but focused.”

The entire speech felt like a continuation of the “politics of kindness” that had defined Ardern’s term: a nebulous concept that catapulted her into worldwide celebrity — this nursing mother, this millennial feminist — and that drew eyerolls from her critics. How much of Jacindamania was deserved? Could her global fans even name her accomplishments, or were we merely mesmerized by a leader who seemed to want to do things differently? My friend group can’t have been the only one to pass around a picture of Ardern standing with Finnish Prime Minister Sanne Marin — herself a millennial mom — as if we were scripting a draft of a new superhero movie.

Jacinda Ardern did not make simultaneous mothering and governing look easy. She did not pretend there was a neat hack to having it all. But she also didn’t flagellate herself for the struggle. She simply acknowledged that, yes, sometimes the baby will appear on the floor of the United Nations General Assembly. Yes, sometimes the flight schedule will be rearranged. No, none of that meant that she wasn’t up to the task. It meant that we should question how we define the task. We should ask whether elected officials must conform themselves to politics-as-usual, or whether we might acknowledge that politicians — and workers, and citizens — are human beings with lived experiences that can enrich their understanding of their countries and the way they should be governed. Systems should adapt to us, not the other way around.

She worked as hard as she could for as long as she could, and one legacy she will leave behind is the fact that she showed the work — what it took to be a leader and a parent, and how eventually it took so much that she could not in good conscience continue doing it, not in the way she would have liked.