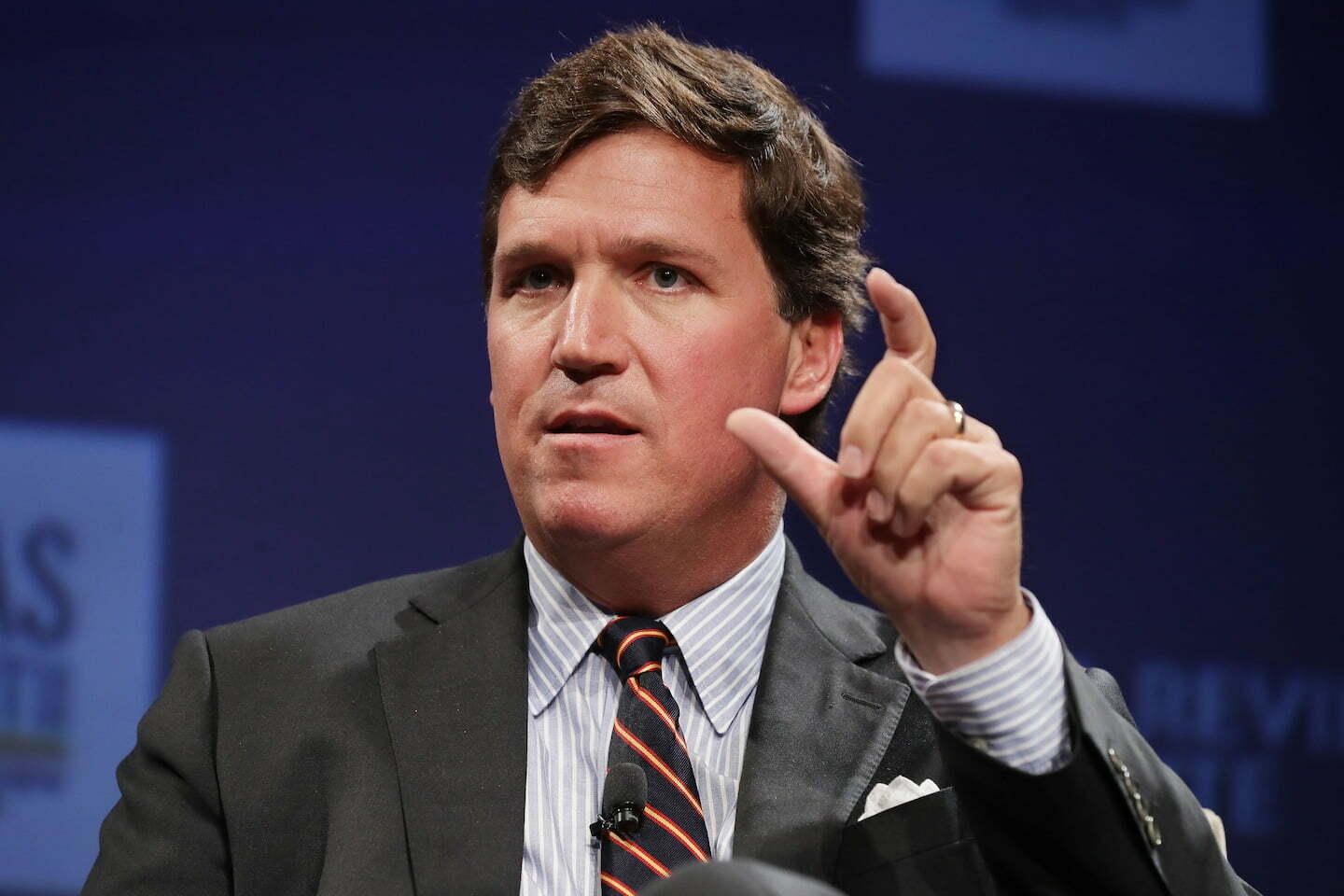 There was a time when Carlson was a serial Washington luncher. As McKay Coppins noted in a 2017 profile in the Atlantic, the TV host was a “fan of the long, luxurious, multi-course lunch” and was a regular at the luxe Capitol Hill joint the Monocle. “I’m so pathetically eager for people to love D.C.,” Carlson said. “It’s so sad. It’s like I work for the chamber of commerce or something.”

In 2018, a band of protesters showed up at Carlson’s D.C. residence to denounce his programming. The event appeared to shake Carlson, though it was difficult, as always, to separate any actual outrage from his inclination to exaggerate for political effect: Whereas Carlson claimed that the group had “cracked” his front door, it appeared to be in fine shape.

By the summer of 2020, Carlson had sold his D.C. home, and his program these days generally beams from studios in Maine or Florida, where he maintains residences. In a speaking engagement last year for Turning Point USA, a conservative youth organization, Carlson said, “This is, like, my one venture out of my house of the year. … I live far and away in isolation with my wife and four dogs, and I love my life,” he said.

With that bonus time, Carlson has occasionally provided safe harbor for Jones, a strain of commentary that has included defending him over his legal troubles. “Alex Jones just had a billion-dollar settlement against him because he said something that — he didn’t hurt anybody,” Carlson said in December. “He said something people didn’t like, and they wrecked his life.” Uh, no: Testimony at trial showed that Jones’s unconscionable falsehoods about the plaintiffs subjected them to harassment and abuse, as well as emotional distress.

Lies on top of lies — just like Jones himself. These fellows are ideal texting buddies.