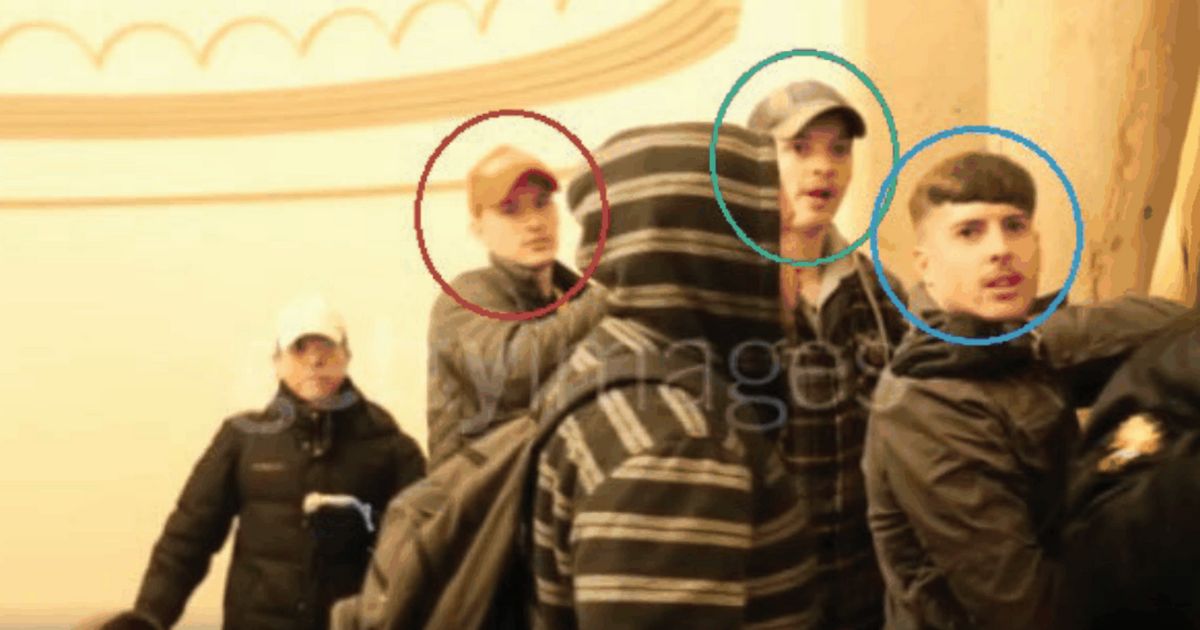 Three active duty Marines, including one who said he was eager for a second civil war, were arrested and charged this week for participating in the riot at the U.S. Capitol.

Micah Coomer, Joshua Abate and Dodge Dale Hellonen were all identified as participants through footage of them walking through the Capitol together with hundreds of others on Jan. 6, 2021, according to an FBI affidavit unsealed Thursday.

The men, all of who hold prominent military intelligence positions, have each been charged with knowingly entering a restricted building, two counts of disorderly conduct and parading or picketing inside the U.S. Capitol, where the FBI found they spent about 52 minutes with other rioters attempting to block the transference of power from Donald Trump to now-President Joe Biden.

The FBI said that Coomer, stationed at San Diego’s Camp Pendleton, posted photos to Instagram showing him inside the Capitol during the riot. In his caption, he wrote: “Glad to be apart [sic] of history.”

A search warrant also turned up direct messages he exchanged on the platform saying, “everything in this country is corrupt. We honestly need a fresh restart. I’m waiting for the boogaloo,” which he then explained meant “Civil war 2.”

The boogaloo movement is a loosely structured and violent far-right group that espouses anti-government beliefs and promotes white supremacy. It largely centers around their claim that a second civil war is coming to the U.S.

Footage showed Coomer inside the Capitol with Hellonen and Abate. At one point, they gathered to put a red “Make America Great Again” hat on a statue and pose for a photo with it.

The FBI documents say that Abate, stationed at Fort Meade in Maryland, confirmed in interviews that he entered the Capitol with two “buddies.” He also “admitted he heard how the event was being portrayed negatively and decided that he should not tell anybody about going into the U.S. Capitol Building,” according to the FBI.

A total of nine others service members have been arrested for their roles in the riot, Military.com reported. The outlet also noted that 118 of the 940, or about 12% of the people charged with crimes related to the riot, have some type of military background.