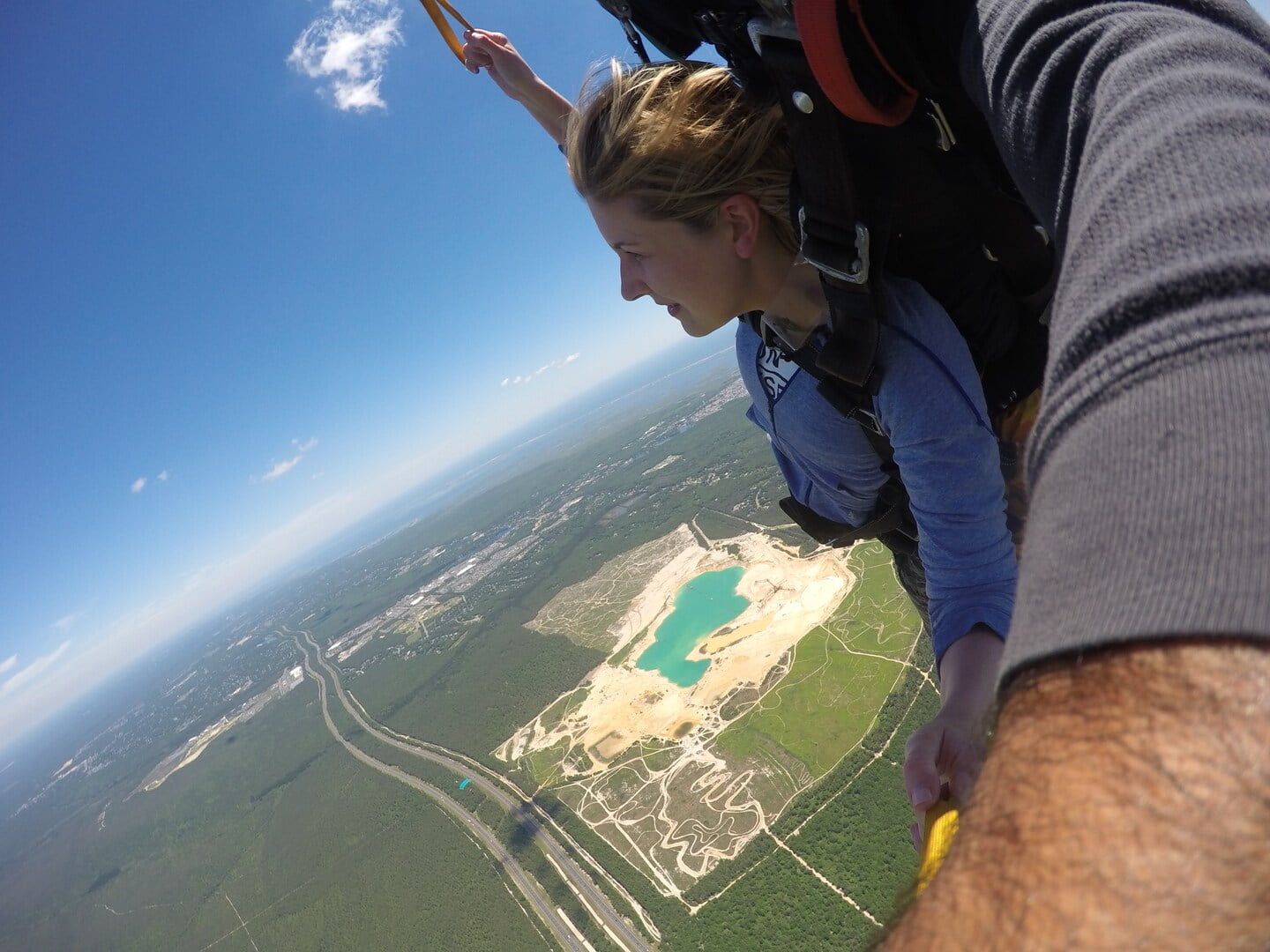 The tattered paper was stashed away in a brown suede pouch, along with her father’s driver’s license, a ring and various trinkets.

Laura Carney looked down at it — her late father’s bucket list — scribbled on three pages torn from a spiral notebook. Then she glanced up at her husband.

Without a word spoken, they both knew: “I needed to finish it. This is what I’m supposed to do,” said Carney, 44.

“She had been wanting to find a way to understand her dad a little better,” said Carney’s husband, Steven Seighman. “As soon as we saw the list, it was immediately like, this is it.”

Carney uncovered the treasure in 2016 — 13 years after her father — Michael “Mick” Carney — was tragically killed by a distracted driver when he was 54. Her brother, David, was the first to spot it.

The list, Carney said, was written in 1978, the year she was born. It had 60 tasks, five of which had already been checked off — including “do a comedy monologue in a nightclub” and “see a World Series game live.” One was marked “failed” — “pay back my dad $1,000 plus interest.”

That left 54 items for Carney to complete.

After a farmer died, town learned that he secretly paid strangers’ pharmacy bills for years

Five years and 11 months after the discovery, she finally checked off the last item on Dec. 27.

“It was a thing I needed to do so I could get back in touch with my real self,” she said. “I was still carrying this grief and this trauma, and I had no idea that I was.”

The list is titled, “Things I would like to do in my lifetime!” Tasks range from relatively simple undertakings, like “swim the width of a river” and “grow a watermelon,” to more complicated endeavors, like “correspond with the pope” and “be invited to a political convention.”

Several travel goals are listed, too, including trips to New Orleans, San Diego, Las Vegas, Chicago, Paris, London and Vienna, among other destinations.

At first, looking at the list was daunting — particularly since several tasks were seemingly impossible (mainly, “talk with the president”). Still, Carney was undeterred.

Carney was 25 when her father was hit by a 17-year-old driver who ran a red light while chatting on a cellphone in Limerick, Pa. At the time, Carney was an aspiring writer and living in New York City. She and her husband are now based in Montclair, N.J.

In the immediate aftermath of her father’s death, “I didn’t talk about it,” Carney said. “I really had some shame about it, because it felt like such an undignified way to die.”

A few years later, though, she became an activist for safe driving, writing articles about the subject, fundraising and giving talks and interviews. She met a group of people “who were trying to do something to solve what had become a much more common way to die,” Carney said.

People don’t like to talk about dying. Enter the death doula.

While she felt a sense of purpose being an activist, the trauma of her father’s death lingered. For Carney — who is a freelance writer and copy editor — the bucket list was an unexpected opportunity to work through her pain and reconnect with her dad.

“I found a way to keep his spirit alive in my life,” she said. “I think I was always meant to do this; I just don’t think I would have had the courage to take it on if this list hadn’t fallen in my lap.”

Initially, she gave herself a four-year deadline, hoping to cross off the last task by 2020. The coronavirus pandemic — which derailed travel prospects — pushed her plan back two years.

When she first got the list, she pulled up her calendar and crafted a tentative timeline. She put off the pricier items — including going to the Super Bowl and visiting Europe — as well as the item that scared her most: “Drive a Corvette.”

“The first couple ones that I did happened organically,” Carney explained, adding that she had already signed up for a marathon, which allowed her to check “run 10 miles straight” off the list.

Another item she completed early on was “talk with the president.” She learned that President Jimmy Carter — who would have been president when Carney’s father wrote the list — taught Sunday school in Georgia. She flew there to meet him.

For some of the items on the list, Carney used “poetic license,” she said. For instance, one task is “sing at my daughter’s wedding.”

“The way we honored him at my wedding was we drank a cabernet that he had purchased in 1978,” said Carney, adding that he had left a note on the bottle, which said “open on Laura’s wedding day.”

“It had been sitting there, waiting. As a writer, I was thinking, well, our bellies were singing,” said Carney.

She bought the same bottle of wine and is reserving it for her niece’s wedding, to fulfill another item on her father’s list: “Dance at my grandchildren’s weddings.”

While Carney completed many of the tasks on her own — including a two-week trip to Europe — “it didn’t really feel like I was doing things alone, because I knew my dad was with me,” she said. “I feel like my relationship with him is very present.”

In addition to kind strangers who supported her along the way, Carney’s brother and mother accompanied her for some activities, and her husband joined her for others.

“After about the first year or two of doing this project, he would say to me that the person he had always seen in me was coming out,” Carney said. “I had all these layers of grief and trauma and fear that I was leaving behind.”

Her husband only had the opportunity to meet her father once — and it was five days before he died. “It was helping him have a relationship with my dad,” she said.

Seighman said watching his wife — whom he married in 2016 — work her way through the list was “like a butterfly emerging from a cocoon.”

For Carney, completing the bucket list enabled her to get to know her dad in a way she hadn’t had the chance to — and never thought she would.

“These were his goals and his dreams,” she said. “It helped me understand him better, to see him as a full human being instead of just my embarrassing dad. And doing that helped me to understand myself.”

Like his daughter, Mick Carney was a writer and even self-published a book in the ’70s. He spent his days working as a salesman and his spare time singing, writing and performing.

“My dad was such a dreamer,” Carney said. “He knew what it meant to be alive; he knew how to have fun.”

“He used to always say: ‘Life is lived in the little moments,’” she added.

Realizing her father’s bucket list was the most fulfilling experience of her life, she said, which is why she chronicled the journey in an upcoming memoir, “My Father’s List.”

“I really encourage everybody to write down what they want to do,” she said. “It helps you start living more intentionally, and when you’re living intentionally, you feel more of a sense of purpose in your life.”

Carney isn’t afraid of leaving some items unchecked on her own list.

“Even if this doesn’t happen in my lifetime,” she said, “maybe somebody will do it for me. I like that idea.”

On Dec. 27, Carney checked off the last task on her dad’s list: “Have five songs recorded.” She picked her father’s favorites, including Jim Henson’s “The Rainbow Connection” and The Beatles’ “Good Night.” She recorded them in a studio and did the final touches at home.

“My fondest memories of him are him singing to us before we went to bed at night,” Carney said. “It felt like I was singing with him again.”