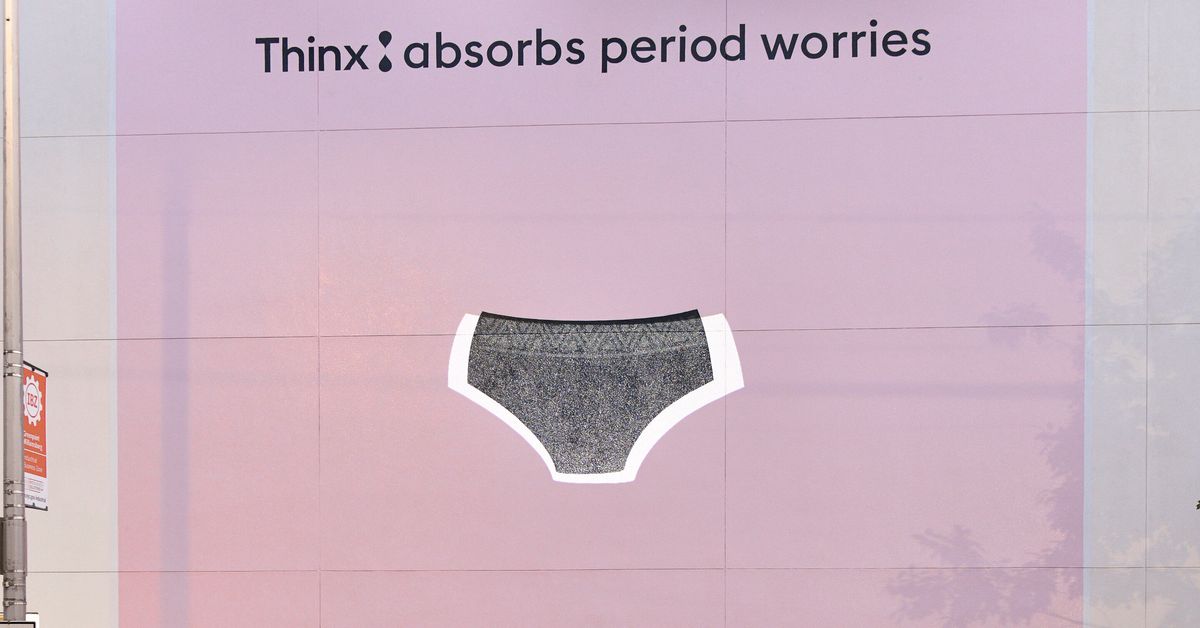 Thinx has settled a class-action lawsuit alleging its products contain harmful chemicals, though the company denies the allegations.

The period underwear brand has long been marketed as a sustainable, organic alternative to traditional, single-use products.

The May 2022 complaint alleged the chemicals found in Thinx products are “a safety hazard to the female body and the environment.” Indeed, research shows that increased exposure to PFAS is linked to reducing fertility in women.

Personal hygiene products for people who menstruate have a history of posing health concerns for consumers, dating back to the 1980s when tampons were first linked to toxic shock syndrome, the lawsuit noted.

“The presence of these chemicals contradicts all of Thinx’s unvarying representations that the product is non-toxic, harmless, sustainable, organic, environmentally friendly and otherwise safe for women and the environment,” the lawsuit says.

Class members were informed of the settlement this week, according to NPR. A District Court for the Southern District of New York gave preliminary approval for the settlement in December. Thinx has agreed to pay up to $5 million in reimbursements for customers who bought their products between Nov. 12, 2016, and Nov. 28, 2022. Additionally, eligible customers can choose between a cash reimbursement for up to three pairs of underwear or a voucher for a 35% off discount.

Customers have until April 12, 2023, to file a claim for reimbursement.

Thinx quickly became one of the major leaders in the reusable menstrual products market, along with other brands such as Knix and Proof. However, harmful chemicals were first found in Thinx products in early 2020. Shortly after, two lawsuits, combined with the May 2022 case, were filed against the company.

Despite agreeing to a settlement, Thinx claims that PFAS has never been a part of the design of its products.

“The litigation against Thinx has been resolved, the settlement is not an admission of guilt or wrongdoing by Thinx, and we deny all allegations made in the lawsuit,” a spokesperson said in a company statement sent to HuffPost. “We will continue to focus on bringing innovative, safe, and comfortable leak protection underwear to consumers.”