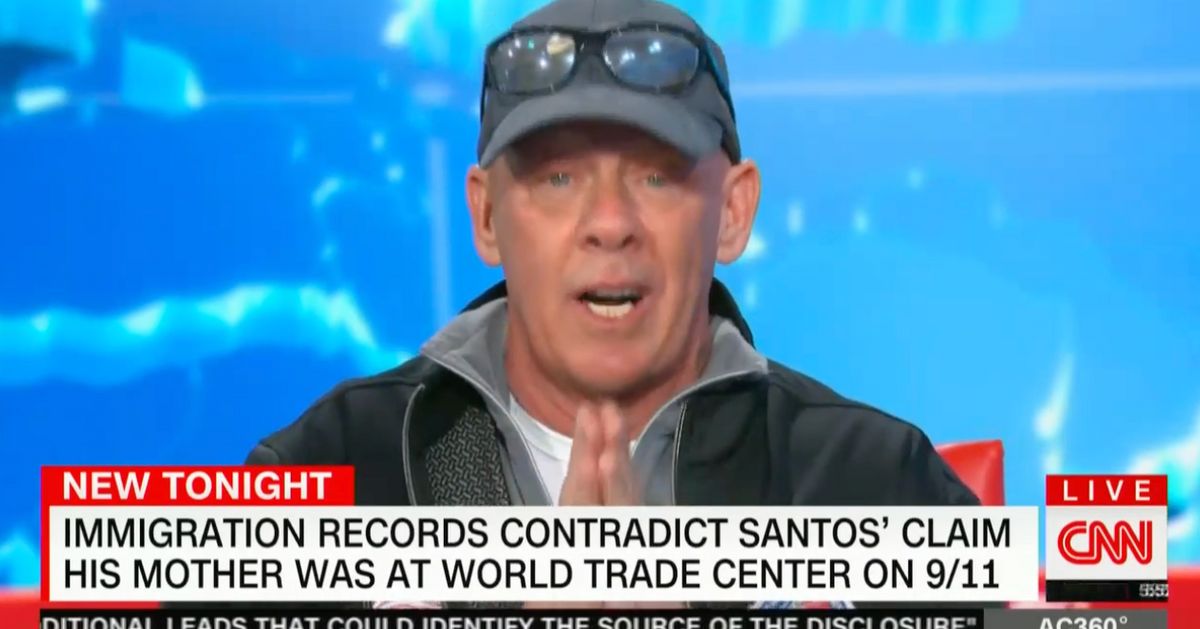 A Ground Zero worker and 9/11 first responders’ advocate sent a sharp message to House Speaker Kevin McCarthy (R-Calif.) regarding Rep. George Santos (R-N.Y.) and his 9/11 lie (You can watch his message for McCarthy below).

John Feal, a 9/11 first responder, referred to Santos’ lie as “disgusting” during an interview with CNN’s Anderson Cooper on Thursday.

John Feal had a steel beam fall on his foot at Ground Zero but was denied compensation for his frightening injury, an injury that led to a partial amputation of his foot.

He said McCarthy should “be a man” in response to the embattled Republican’s fib.

“He can fix this. And if Kevin, if you’re watching and if you’re listening, be a man. Man up,” Feal said.

“Show the leadership that you were voted in for and do the right thing. This man is leaving a trail of pain behind him and nobody’s doing anything about it.”